Y&R Spoilers: Mishael Morgan Wants To Know What We Want To See Her In The Future! 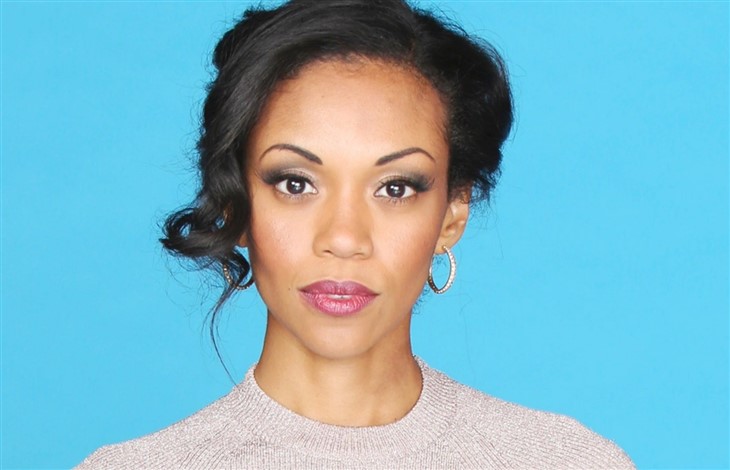 The Young and the Restless spoilers show that Mishael Morgan (Amanda Sinclair) has been part of the Y&R cast for several years, but now may be looking toward the future. While there has been a lot of speculation that she would be leaving the show, she went on Instagram to ask her fans what they thought.

In the post, she asked, “What would you like to see me in next? Everyone keeps asking what’s my next dream role, but honestly I don’t want to limit my next chapter. Just curious what you all would like to see me do next?!” There were many fans who responded and it got us thinking as well.

The Young And The Restless Spoilers – Mishael Morgan’s Future

Many viewers took to the comments to express what they would like to see her in next and there were great answers like, “I’d like to see you do some Hallmark movies or one of their new mystery series, perhaps Hunter King’s! Or basically anything would be great!” and “Since you played an attorney on Y&R so well, would love to see you in Law and Order.”

I could definitely see her in both of those, but Law and Order might be her secret calling. While she’s played an attorney on Y&R, it’s always been business-sided or things that may be considered a bit boring.

However, if she could ‘let her hair down’ and get dirty on a show like Law and Order, we may see some great things come out of her!

Y&R Spoilers – What Does She Have Ahead Of Her

Other fans mentioned movies of every genre, from action to Hallmark to romcoms and honestly, I think she could fit into any of those. Of course, my go-to genre would always be horror. I think a lot of people can find a ton of success in the genre and you get to be covered in fake blood all the time. Maybe that only sounds fun to me?

Whatever she chooses to do, I think we can all agree that she will do great and we would definitely check out whatever she does next.

What do you think? Are you a fan of Mishael Morgan and what would you like to see her in next? Do you think she would excel more in television or movies? Share your thoughts and remember to keep watching the CBS soap to see what happens next.

GH Spoilers: Rumors Spark As T.J. And Willow Grow Closer — Who Will Talk If Nina Doesn’t?