Y&R Spoilers: Cheaters Dumped, Abby And Devon Move In Together? 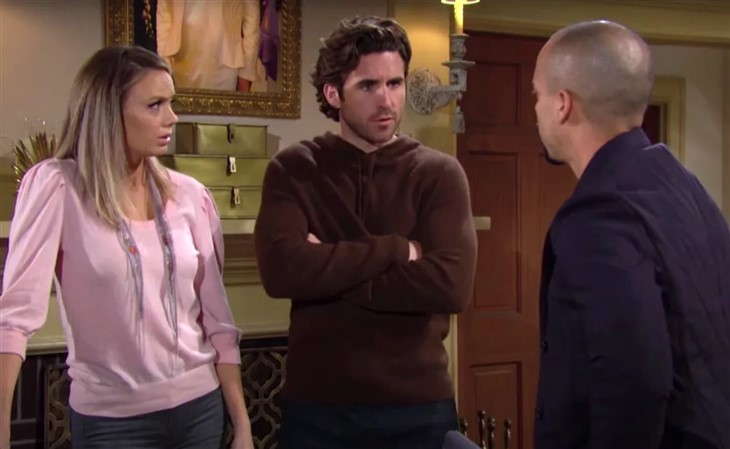 The Young and The Restless (Y&R) spoilers and updates tease that cheaters Abby Newman-Abbott-Chancellor (Melissa Claire Ordway) and Devon Hamilton (Bryton James) are dumped. Amanda Sinclair (Mishael Morgan) has already moved out on Devon, shedding him forever, and Chance Chancellor (Conner Floyd) might kick Abby and her child with Devon out of their home.

The Young And The Restless Spoilers – No More Chances

Chance puts his foot down and informs Abby there are no more chances to fix their marriage, he’s done, after suffering the supreme betrayal. He even tells her their marriage may not have been right from the beginning, stating Devon can give her the life she wants, and he never can. There have been constant conflicts over Chance putting his police and law enforcement career over his family life, even having to compromise his ethics for a Newman cover up.

Chance doesn’t want to be part of the Newman machine and his disgust started when he had to cover up Ashland Locke’s (Robert Newman) death. Victor Newman (Eric Braeden) and his machine wouldn’t have had to cover up how Locke died if he’d have just let Chance do his job and not swooped in.

Chance told Abby he needed some time and space, but didn’t feel there was any hope for their marriage. As far as he’s concerned, Abby, Devon and Dominic Abbott Newman Winters Chancellor (Rainn and River Ware) can be one happy little family. Abby denied anything other than friendship between her and Devon and doesn’t understand how their adultery even happened; Chance disagreed and told her he saw it coming for a long time. Since the Chancellor mansion is Chance’s family home, not Abby’s, it’s predictable that she will be the one who’s asked to move out. And since Amanda moved out from Devon, he’s got plenty of space for Abby to move in and already has a nursery set up for Dominic.

The Young And The Restless Spoilers – No Regrets

Devon and Abby talked about their unexpected sexual encounter trying to figure out how it even happened, and he admitted part of him didn’t regret that it did. Their bond certainly wasn’t destroyed by their crossing that line, and for baby Dominic, it would be the best scenario possible for his birth parents to be together as a couple. That way Devon and Abby could raise their son together instead of simply co-parenting.

Dominic would grow up with both parents, and there’s a possibility of growing their family in the future via surrogacy. It may be the best thing that could happen to all three of them.

GH Comings And Goings: Why Robin Matsson Did Not Return As Heather Webber

B&B Spoilers: Liam Does Not Know All – Hope Turns To Thomas?