What Happened To The Days Of Our Lives Olympic Mind-Blowing Cliffhanger? 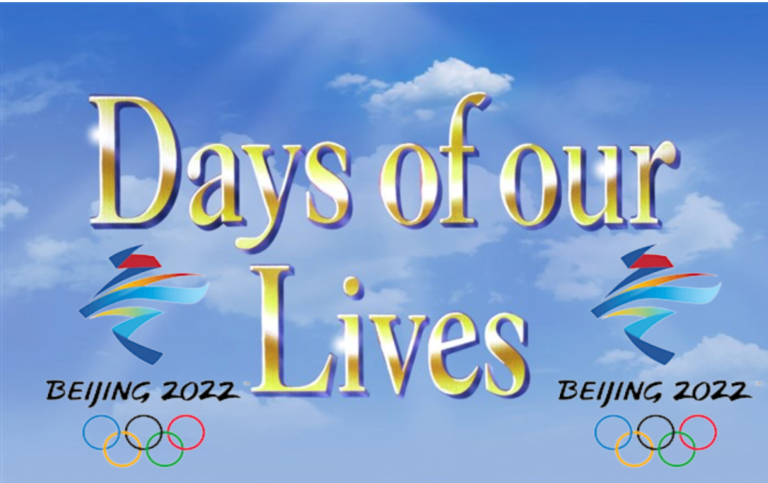 Days of Our Lives (DOOL) spoilers reveal JoDevil continuing to wreak havoc all over Salem, but you’ll have to wait two weeks to see it all again because as of Friday, February 4, 2022, the show will be taking a break for the Winter Olympic games on NBC.

Days of Our Lives Spoilers: Cliffhangers ‘R Us?

It’s not unusual for DOOL to go on hiatus for two weeks for NBC’s Olympic coverage, but thanks to the uncertainty caused by COVID-19, this is happening twice in a six-month period. The 2020 Summer Olympics were postponed until 2021 and held last summer, disrupting DAYS for two weeks. And now the Winter Olympics will go on as originally scheduled, but there will be no enormous cliffhanger leaving fans on the edge of their seats until the soap returns.

Last summer, DAYS went into the Olympic break with Ben Weston (Robert Scott Wilson) having just kidnapped Ciara Weston (Victoria Konefal) and fans wondering if he’d manage to make her remember his life with him, as she was suffering from amnesia at the time and ready to marry Theo Carver. In the end, Ciara remembered, she and Ben remarried, and now she is pregnant carrying a child that Satan, aka JoDevil (Carson Boatman) wants.

However, there will be no breathtaking Ben and Ciara cliffhanger before the games begin on Friday and that’s because the show had no idea if the Olympics would even happen or not.

Is Every Day A Cliffhanger Day In Salem?

With the COVID forecast often up in the air, when the show was writing scripts way in advance for this winter, Head Writer Ron Carlivati said that he wasn’t sure whether they would need a major cliffhanger or not because he wasn’t sure if there would be an Olympics this year, so he just wrote like he always has.

“Unlike the other one where we knew the break was going to happen and where we could sort of leave a cliffhanger, I had written all those episodes by the time we found out that yes, in fact, we are going to be off for two weeks,” Carlivati said in the February 15, 2022, issue of Soap Opera Digest. “So, the cliffhanger is just what episode happens to be on that day. But I like to think that we always have cliffhangers happening on our show, and our story moves fast, so there’s always something going on.”

Stay tuned to Days of Our Lives in two weeks to see if Abigail (Marci Miller) and Sarah (Linsey Godfrey) ever get off that island and if JoDevil does get a hold of Ben and Ciara’s baby.