The Young And The Restless Spoilers: Nick And Victoria At War Over Sally 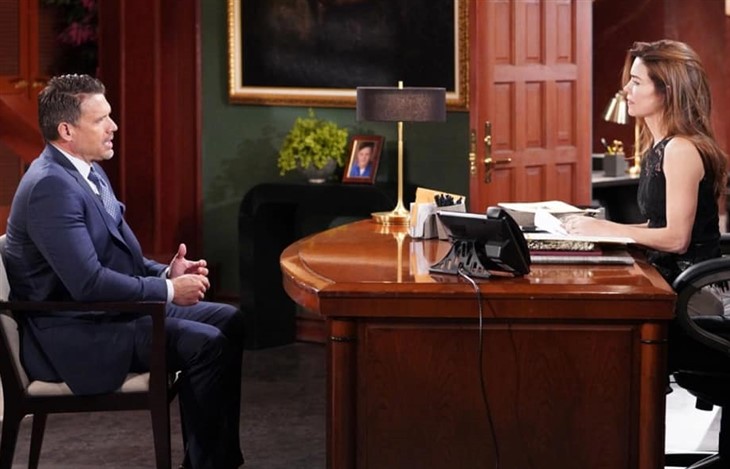 The Young and the Restless spoilers reveal Nick going to bat for Sally once again but it looks like this time he is going to lose because Victoria has an agenda.

The Young And The Restless Spoilers – There’s Something About Sally

Since her insider trading deal fell apart as Victoria Newman (Amelia Heinle) just became a common Carly Corinthos (Laura Wright) on General Hospital, she still insists she has to work with Nate Hastings (Sean Dominic) so she decides to install him as CEO of Newman Media. It doesn’t matter that Sally Spectra (Courtney Hope) was already CEO. Victoria is going to oust her.

As expected, this makes Nick Newman (Joshua Morrow) quite angry and he can’t believe Vicky would do such a thing. And why Nate? He was a doctor six months ago so what experience does he actually have here? Victoria counters by asking what experience Sally has or had and Nick tells his sister that he trained Sally and took her under his wing so she knows what she is doing now and doesn’t deserve to have her job taken from her.

Well, it turns out that Victoria is not convinced and she is not going to listen to her brother. She never liked Sally anyhow and now she has the perfect person to replace him in her mind. The Young and the Restless spoilers show Nick is disturbed by his sister’s attitude and thinks she has let all this corporate power go to her head.

Victoria is sure there is something else going on though and wonders just how close Nick and Sally really are. He seems way too passionate about this for this to only be a business relationship. There has to be more. So, Victoria questions Nick about what is really going on. Nick just doesn’t want to say because he is not quite sure himself.

“Obviously, Nick cares for Sally, probably more than he’s willing to admit to Victoria,” Joshua Morrow said in the October 31, 2022, issue of Soap Opera Digest. “Nick understands 100 percent that Victoria is the boss, His job s to enforce her will and this is her decision to make, but he can voice his opinion about it.”

Will Nick move Victoria in the end? Probably not. Stay tuned to The Young and the Restless weekdays to see how this story plays out.

Sister Wives Spoilers: Older Kids Do Not Have A Good Relationship With Kody Brown