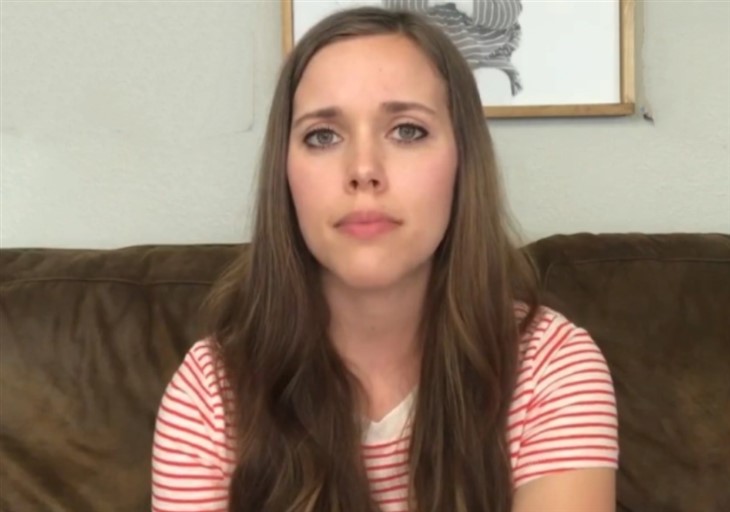 The Duggars news and updates tease that Jessa Duggar has admitted to committing offenses in her marriage to Ben Seewald. Her statement has sparked rumors that perhaps she and her husband are getting divorced.

Jessa shares a photo of Ben cooking on her Instagram account. She admitted that she “married up in every way.” However, she also admitted that their marriage isn’t perfect, just like all the other couples in the entire world.

Jessa admitted to a lot of things in the post. First, she revealed that she stepped on his toes.

“We have differing opinions, and we have to talk through things and work them out,” she shared.

“We speak hastily and have to repent of our thoughtlessness. Offenses inevitably happen,” she continued.

“How we deal with them, and how we respond to one another, makes all the difference in whether our relationship thrives or dies,” she revealed.

Fans were quick to go to the comment section to talk about Jessa’s latest post. One fan commented that how you deal with your husband and your family and how you respond to each other, will definitely make an impact on whether your relationship will die or thrive.

Another one commented that some marriages are more difficult than others. They may also lead to mental fatigue and frustration.

Another fan chimed in and said that you need will and energy to forgive, to be patient and loving, and to just share quiet time.

Fans have noticed that Jessa and Ben have been having problems with their marriage after an old video resurfaced. The old video was about Jessa giving Ben instructions on how to pack a suitcase for vacation.

One fan said, “Imagine explaining to a grown a** man, the father of your children, the fundamentals of packing.”

Another one asked if Jessa had another single man in her life instead of just dealing with a giant child, making a reference to Ben.

Another commenter asked how Jessa can look at her husband, who doesn’t know how to do basic stuff. The commenter also asked how she could be intimate with him, who intentionally becomes helpless.

The video resurfaced after Jessa admitted to committing offenses in her marriage with Ben. There’s no official statement that they have separated, so it’s safe to assume that they’re still together.