The Bold And The Beautiful Spoilers: Ridge Proposes To Taylor 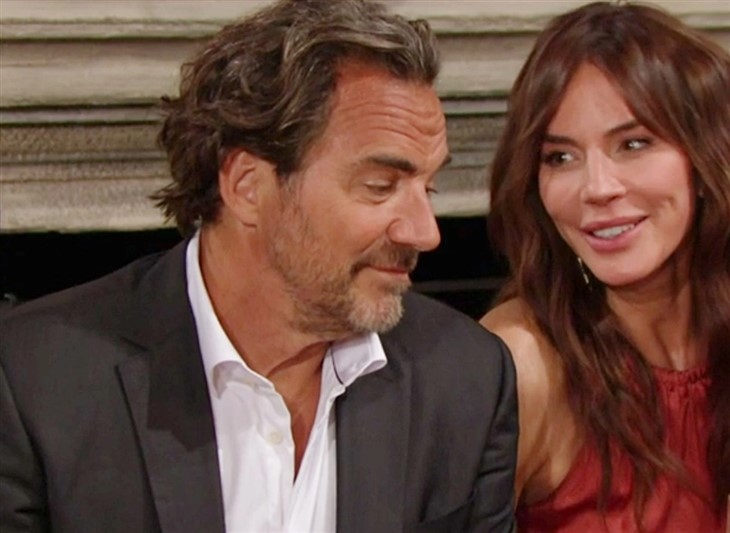 The Bold and the Beautiful spoilers reveal fickle Ridge feeling he can’t be single for very long. If he did remain that way, he might melt, right?

The ink on his annulment papers that would have been divorce papers in any other universe but this one and Ridge Forrester (Thorsten Kaye) is all ready to put another ring on it as fast as he can. Ridge hasn’t even told Taylor or anyone else about the CPS recording leading him to leave Brooke Logan Forrester (Katherine Kelly Lang), which is as unfair to Taylor as it is to Brooke.

After all, Taylor finally had enough of Ridge’s back and forth and that’s why she needed that Aspen getaway. It was to GET AWAY from Ridge, but he followed her, literally chased her, and didn’t even tell her what prompted him to leave his wife. Now, he has an engagement ring all ready for an unsuspecting Taylor.

Not surprisingly, poor, unsuspecting Taylor says yes and can’t wait to marry Ridge for the umpteenth time. She should have listened to her gut in Aspen because there is no way this is going to go well — especially when some people are not on her side.

It’s Eric Forrester (John McCook) and Carter Walton (Lawrence Saint-Victor) who question Ridge on his sudden change of heart that made him leave his marriage behind and decide Taylor was the one. Despite the prodding, Ridge STILL doesn’t tell them about the CPS recording. Instead, he asks Taylor to marry him right away and not even have a prolonged engagement. How soapy of him.

Ridge just can’t believe that Brooke won’t own up to the things he believes she did and he can’t just come right out and say the words to her face or anyone else’s, which just paints him as nothing but a coward who both Brooke and Taylor should never want to be with again.

However, we know Ridge still hasn’t forgotten his feelings for Brooke just because he’s about to break Taylor’s heart again.

“Just because you want to marry one woman, it doesn’t mean you fall out of live with the other woman,” Thorsten Kaye said in the November 21, 2022, issue of Soap Opera Digest. “It’s not a switch you can turn off, so it is bittersweet.”

Stay tuned to The Bold and the Beautiful weekdays to see how this story plays out.

General Hospital Spoilers: Willow Goes In Search Of Her Past