The Bold And The Beautiful Spoilers: Hope Sees Through Lina, Ends In Disaster 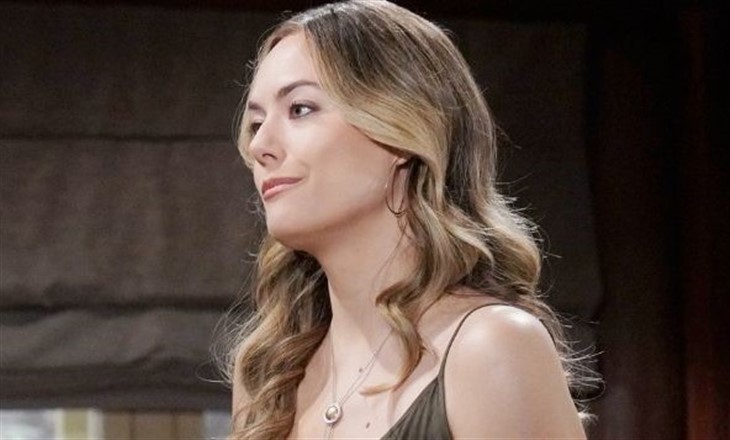 The Bold and the Beautiful spoilers show that Sheila Carter (Kimberlin Brown) has been back for a week now after faking a bear attack, cutting off her own toe, and donning a wig while tricking Deacon Sharpe (Sean Kanan) and sleeping with him.

While she has been back, she’s been able to maintain a relatively low profile and has only had a run-in with Hope Logan (Annika Noelle) when she went over to visit her dad and unexpectedly ran into her. While Sheila was in her wig and outfit and changed her voice (terrible accent by the way), Hope still knew something was off.

Hope knows something is up and this could come to light if the two of them spend any more time together which could happen in the very near future! With Hope wanting to know more about Lina, the woman that her father has “been dating” and apparently hiding from her, she may want to get to know her better.

Whether they do a date night or just have some drinks at the house, I think Deacon is going to have a hard time telling his daughter to back off and continue this “secret relationship”. If this happens, Hope could definitely dive into the question bombs and hear more and more from Lina.

If pressured into a situation like this and put on the spot by Hope, Sheila could very easily let something slip as Sheila and the secret could be out. This would cause a panic and people would go into panic mode. There’s no telling how everyone would react, but Deacon would have to try to keep Hope calm and explain to her that she cannot tell.

If Sheila’s secret gets out, it is not just her that is affected, but also Deacon. He would probably be arrested for harboring her and he would go back to prison in a heartbeat because of his parole. He would have to make this very clear to Hope, otherwise, it could be the end of both of them.

At the same time, maybe that is what we need for the storyline to end. While some fans are excited to have Sheila back so soon, she’s kind of in a strange situation where she doesn’t really have anything to do.

What do you think? Will the secret be revealed by Hope and will Deacon be able to keep her from telling everyone? Let us know in the comments below.