The Bold And The Beautiful: Sean Kanan Teases Deacon’s Feelings For Brooke And Taylor 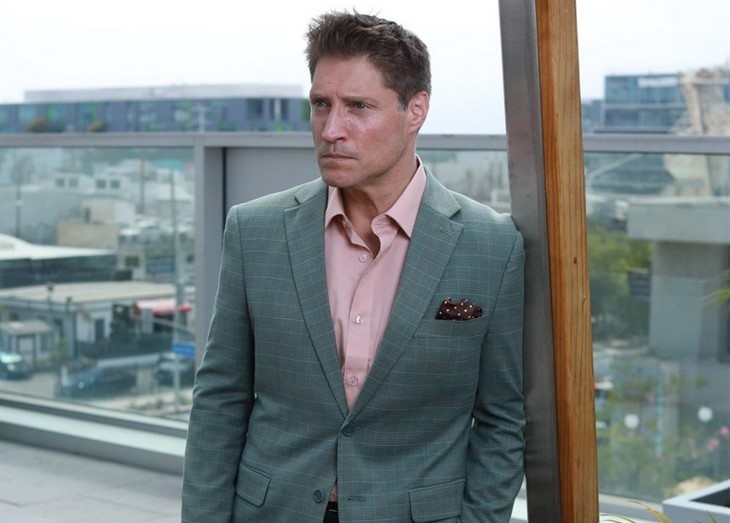 The Bold and the Beautiful spoilers, news, and updates tease that Sean Kanan opened up about how Deacon Sharpe really feels for Brooke Logan (Katherine Kelly Lang) and Dr. Taylor Hayes (Krista Allen). Ever since his return, he’s been trying to rekindle the romance he once shared with Brooke. But is it time for him to look at someone else?

The Bold And The Beautiful Spoilers – Is It Time To Move On From Brooke Logan?

In an interview with Soap Opera Digest, Kanan said that his alter ego never really had a relationship with Taylor. But when they met at II Giardino, the pair started to hit it off.

When Deacon dropped by her office unexpectedly, Taylor started to open up at Deacon.

“But there was something fun in these scenes and I started doing my approximation of what I thought Sigmund Freud might talk like [imitates Freud] — ‘Yah. Yah. Tell me more about zees’ — so I did that silly thing and was making her laugh and they discovered an unlikely connection,” Deacon explained.

The actor would want the soap to reconsider taking this route. For him, it’s more interesting if they start to have sessions, which could lead to Deacon opening up about his past, too. Who knows? He may learn things about himself that he didn’t know before.

B&B Spoilers – Is It Brooke Logan, Taylor Hayes, Or Someone Else For Deacon Sharpe?

When asked who’s the one that got away for Deacon, he answered that it was Brooke. The actor hopes Deacon can fix things with Bridget and be able to work with Ashley. It would be interesting to see if Deacon still has feelings for Bridget.

The actor was thankful to the soap for giving him latitude in adding his own take on his character, which seldom happens in the daytime. He’s grateful for the trust that the production has given him, and that’s why he makes sure to make things work whenever he’s playing his role. He admitted that there are times when it works, but there are instances when it doesn’t, too.

He described his storyline with Brooke as “electric” and “a pretty darn good storyline.” He also had fun collaborating with Kimberlin Brown, who plays Sheila Carter. He said he’s fortunate to have worked with the actors in the Bold and the Beautiful because they bring out a different side in him as an actor.

Y&R Spoilers: Will Kyle Forgive His Mother For Shady Past?