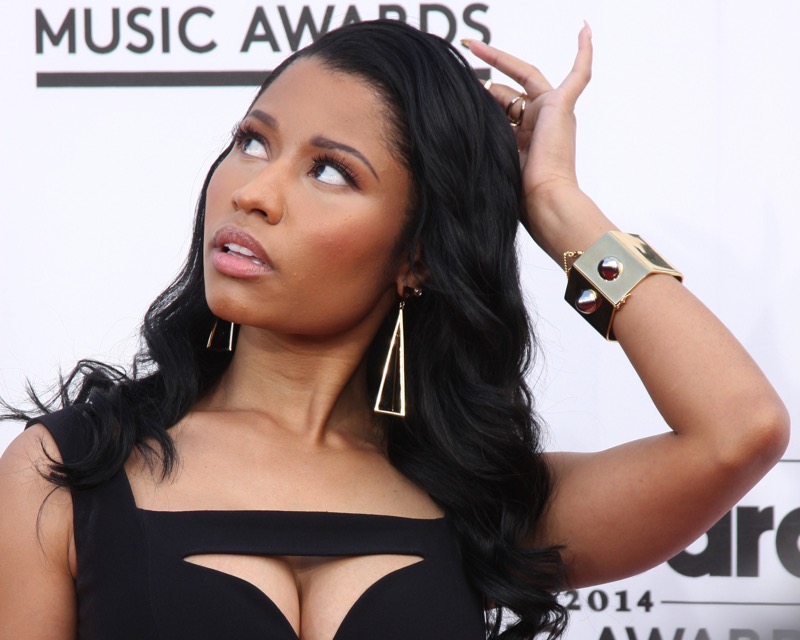 Nicki Minaj is a friend indeed to Britney Spears, now Britney is no longer alone in her pain, she’s got a fighter in Nicki and a strong support system in Jennifer Lopez. For one who recently got out of a 13-year conservatorship, Britney has been doing all she could to live her best life in her freedom, expressing herself the best way she can, doing what she feels makes her happy, married the guy she loves who from all indications loves her right back, minding her business the way she can but, it seems like her ex-husband Kevin Federline doesn’t want that for Britney.

So here’s what happened, last week Kevin said in an interview that the two sons Preston, 16, and Jayden, 15, whom he shares with Britney, decided to no longer see their mom, and for some months now, the boys haven’t been to see Britney, Kevin also said that the boys purposely missed out on Britney’s wedding even though their names were in the guest list. Kevin went on to reveal that the reason for the boys’ decision to stay away from their mother had to do with the constant online display of semi-nude pictures of Britney by Britney.

In response to the comments Kevin dropped, Britney expressed her pain in the fact that Kevin had to bring up the ongoing feud she has with her children to the public, she wanted it private, it hurts her so much that Kevin had to throw it out in the open because it’s a private matter. Britney then revealed that the feud she has with her sons started way before the online censored nude pictures of herself she uploads once in a while. Britney went on to make a post that sounds like Kevin was trash-talking her to their sons.

Days after expressing her pain in an extremely long August 6 post, saying that her children were meant to visit her and always stay at least 3 days in a week but they suddenly reduced it to one day a week, in that one day, once they come, they go straight to their rooms and lock the door, an action which got Britney questioning why they would even visit her without spending time with her, she described their behavior as “there’s being rude, then there’s being hurtful.”

Why still complaining about the once in a week visit, the boys suddenly told her they will no longer be frequenting their visit to her, Britney said she agreed with them but called Kevin to complain, Kevin told her “‘I would never let them make that decision on their own … I would never do that to you’ !!!” Well, Britney painfully revealed that after having that conversation with Kevin, it marked the end of the boys’ visit to her.

As I was saying, days after Britney made that post, and after Kevin denied having anything to do with the boys’ decision to stay away from their mother, Britney made another post recalling what Jennifer Lopez told her sometime, the post reads: “As Jennifer Lopez once said” then she went on to quote what Jennifer told her “You look right down that camera and tell every little girl in the world to get loud and never ever back down to giving light to injustice.” For some unknown reason, Britney later deleted the post after Jennifer gave it a heart reaction.

Jennifer Lopez shared the already deleted post of Britney to throw in some words of encouragement, telling the “Oops! I Did It Again” singer to “Stay Strong,” attached to the caption is a muscle emoji.

Britney should go ahead and relax because she has got herself a fighter. Back in 2011 Nicki and Britney did a remix of “Till the World Ends,” and it seems like since then, the two became friends. Recently, during her “Queen Radio Show” Nicki said that she spoke with Britney amid her ongoing family feud and Britney was “so sweet” on the phone, Nicki then called out Kevin and blasted Kevin for going public with something which is private.

Nicki called Kevin a grown “clown” who is uncomfortable with the fact that Britney is enjoying her freedom, moving on with her life, and doing well for herself, Nicki asked what other way could Kevin have dragged Britney down if not using her children who Britney loves more than life itself to try and pull Britney down, Nicki went on to call Kevin’s behavior a “coward” move.

“Do you understand what kind of a clown you have to be a whole grown fucking man, and as soon as you see somebody happy and getting married and moving on and being free and feeling good in their own skin, to do the very thing that you know is going to attempt to break them down? Going to the media. Only cowards use the media against a famous person who they once loved, they procreated with.”

Nicki also said that Kevin is banking on Britney’s popularity to come to limelight, she warned Kevin to keep the children out of the rubbish he was doing and asked Kevin if he thought that by going public with those things that people would feel sorry for him.

Be sure to catch up on everything happening with Nicki Minaj right now. Come back here often for all Nicki Minaj’s spoilers, news, and updates.