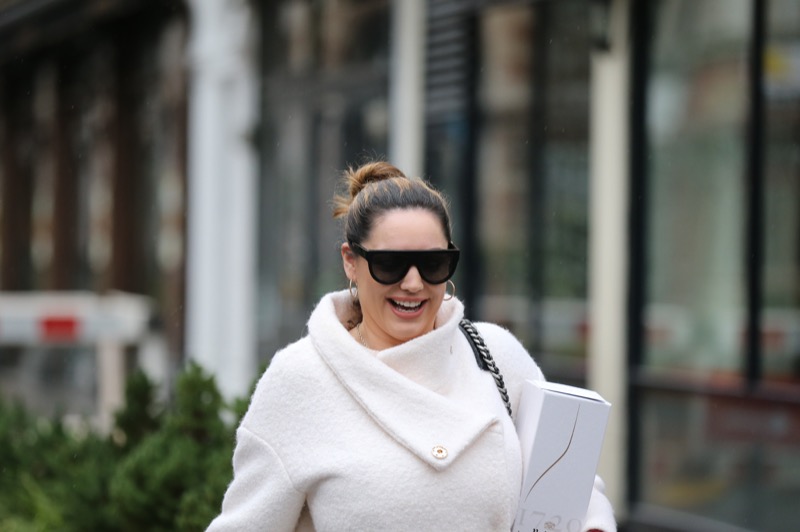 Hey, guess what? The Crown’s people reached out to Kelly Brook’s agent to ask her to feature on a special episode of the popular series. Spoiler alert! She said yes.

Kelly Brook Calls Her “Unlikely” Appearance On “The Crown” “Unbelievable”

Kelly Brook recently revealed that she’ll be making a special cameo in “The Crown” Season 6, after her agent received an unexpected call from Netflix producers.

To make the news even more spicy, she told co-host Jason King that she’s predicting that her cameo could take place in either Prince William or Prince Harry’s bedroom.

Even though the English model will be appearing in the hit Netflix series, she will not be meeting with the show’s A-list actors, due to filming arrangements.

Speaking on Heart Breakfast FM with JK and Kelly Brook, the radio host revealed exclusive details of how she’ll join the cast of “The Crown” Season 6 without actually being on set and interacting with the other stars.

Kelly then explained that the show’s producers called to obtain permission over using the “One Big Happy” star’s image for an episode of its final season ‒ a permission she readily granted.

“The picture in question is below, it would be printed as a poster, and it would be put up in one of the character’s dressing rooms,” Kelly told co-presenter, Jason King, before producing her phone to show him the photo she’s talking about.

“That’s definitely got to be a teenage boy’s bedroom, hasn’t it!” she speculated, before adding: “Can I be on the wall of Prince Harry or Prince William’s bedroom at Buckingham Palace or wherever it is they grew up? Could that be…?”

Well, as far as we know, Season 6 is expected to cover Prince William and Kate Middleton’s budding relationship at the University of St. Andrews, so there’ll be plenty of emotions and hot girls to go around.

Y&R Spoilers: Nick And Sally Give In, Will They Regret Office Passion?

B&B Spoilers: Will Liam And Brooke’s Scheming Lead To An Affair?