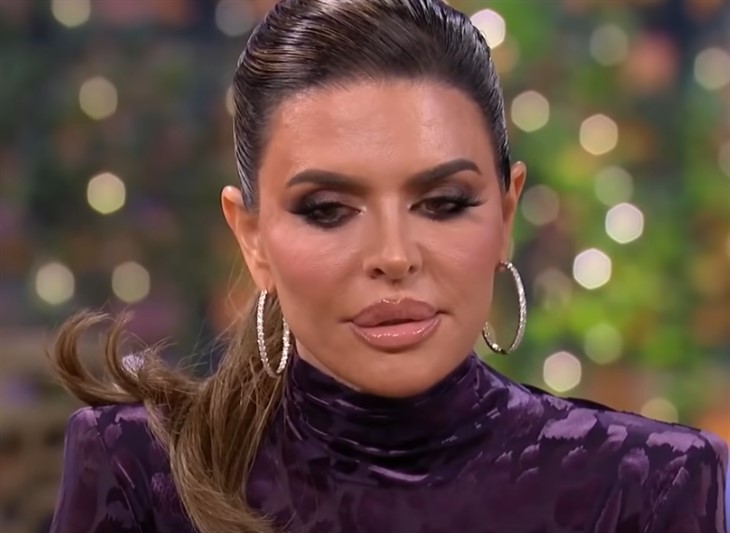 Real Housewives of Beverly Hills fans suspect that following the fallout of Garcelle Beauvais’ son Jax being trolled that Lisa Rinna might have been fired from Bravo. The former Days of Our Lives star cleaned up her Instagram. Actually, if there was a mention of the Bravo show on her profile, she removed it. So does that mean she’s leaving? Read on to find out.

Lisa Rinna is a well-known soapy actress as well as starring on the Bravo show. Actually, she could probably do quite fine without the show. Well, one day, that might happen, and her detractors hope that the day comes sooner rather than later. All of the various Bravio cast members have lovers and haters. So, ugly thoughts about Rinna are not an exception. Actually, a lot of people hoped that she got fired during BotGate.

With all of the Real Housewives of Beverly Hills drama over Garcelle’s Beauvais’ son Jax being trolled, Bravo posted up about how the network wanted it to stop. A number of cast members shared the post. And, Lisa came out in defense of the 14-year-old boy. However, she later removed that post. Additionally, fans noticed that if there was a reference to Bravo in her profile, it disappeared. Furthermore, she took down plenty of posts about the show. So, they thought that she was fired.

Real Housewives Of Beverly Hills – Lisa Rinna Was Not Fired

Influencer, CiCi Loves You on Instagram, reported that so many many DMs arrived about it that they dug around. Anyway, it turns out that Lisa took down everything she could about the Bravo show. However, not because she’s leaving, but in order to try and cool the temper of those who threaten the cast. If you don’t know, things got really bad. Diana Jenkins actually got death threats. So, she told CiCi that she just “archived it all.”

According to Lisa, it’s not just Real Housewives of Beverly Hills star Diana that gets threats against her family. She added, that “all of our children…are getting death threats.” So, from now on, she intends to keep things a lot lighter on her social media. So, if you hope for the tea on her Instagram, at least for now, you won’t find it.

In the future, fans of Real Housewives of Beverly Hills should probably expect to see more about fashion and other fun things. After all, BotGate has “gone beyond.” So she intends to “keep [her] family safe.” Lisa also posted on her Stories, that she had never previously mentioned Bravo in her profile:

Be sure to check back with us for everything happening with the Bravo cast. Come back here often for more news, rumors, and spoilers about The Real Housewives of Beverly Hills.