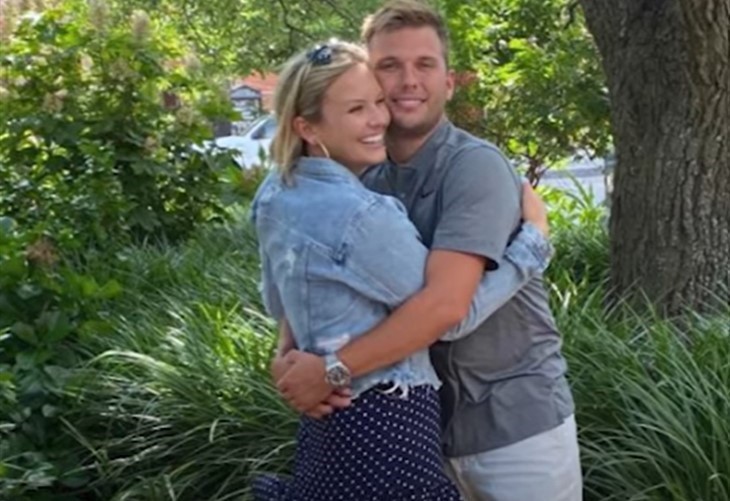 Chase Chrisley of Chrisley Knows Best fame may soon be a married man. It appears as if the oldest son of Todd and Julie Chrisley has reconnected with his former girlfriend Emmy Medders and it looks as if the couple may be back in full force.

Previously the twenty-five year old purchased an engagement ring for Medders. At the time, Chase believed that Emmy was the one and was ready to pop the question. Ahead of the season three premiere of the show in early 2021 however, Chase shared the news that the couple actually ended up parting ways rather than walking down the aisle. It is unclear what caused the couple to call it quits at the time. Savannah Chrisley did comment at the time that relationships do come and go while making a reference to the pandemic.

Chase shared with fans that he returned the ring with mom Julie Chrisley telling her son he was just not ready yet. Chase and Emmy ended their relationship on what appeared to be a positive note with Chase commenting on the great person his ex is.

“Emmy’s a great girl, she’s a great person. I care about her a lot,” Chase shared at the time. “It was just time for us to go our separate ways. You never know what’s going to happen in the future, but for now, that’s where we’re at.”

After their break up late last year Chase focused on his goal of becoming a successful real estate agent when he wasn’t spending time with the family and friends. Now after some time apart in 2021, Chase and Emmy appear to be back on in recent weeks.

To top off it off, it looks like the couple may have adopted a dog. Emmy Medders can be seen in a photo she posted to her Instagram introducing the new puppy named Minnie. After posting the cute pic, fans noticed quickly, as pointed out by Soap Dirt, that Emmy was sporting a beautiful ring on her left hand.

Fans are both hoping and under the impression the couple may have had enough time apart and realized they are met to be together. Both Chase Chrisley and Emmy Medders have yet to officially confirm or deny their relationship status and possible engagement.

Days Of Our Lives Spoilers: Allie Kidnaps Ben – Separates Him From His Child