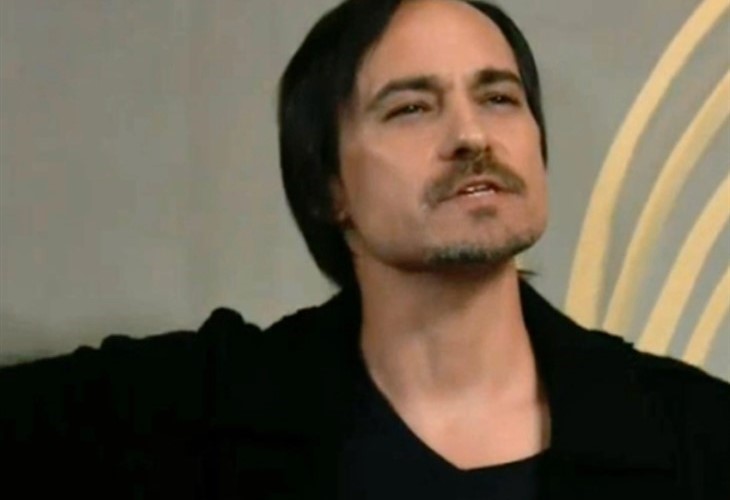 Brook Lynn thought she was free from Linc, her smarmy former producer/manager after she sold her ELQ stocks to Valentin Cassadine (James Patrick Stuart) and he “fixed it”. This is what led up to her fake pregnancy and taking care of Maxie Jones’ (Kirsten Storms) baby as her own, claiming Valentin fathered her during their one night stand. But then Linc interrupted Brook Lynn and Harrison Chase’s (Josh Swickard) close moment after Leo Quartermaine’s (Easton Rocket Sweda) birthday party with bad news about her contracts!

Chase and Brook Lynn’s father had sung a duet of one of Brook Lynn’s songs, and Linc had been near The Metro Court Gardens and overheard it. He let her know in no uncertain terms that she had violated her contracts which were still valid!

Chase had encouraged Brook Lynn about her musical talent and in particular her songs, which he thinks are big-time and would be hits in the right hands and voices. Now, just when she was getting excited and encouraged that if she could no longer sing at least she could push her songs, this happens! During the confrontation, she had told smarmy Linc that she’d have her attorneys look at the fine print of the contracts but before she can even call someone knocks! It’s a process server with papers informing her she’s being sued for breach of contract for her song being performed publicly – at a private birthday party? Before she slugged him in his big mouth Linc had mouthed off about the songs being owned by him not her and he has big names wanting to record them!

Linc is being a worse pest than Grant Smoltz (David Lautman) and Paparazzo Felty (Brian Norris) together! The offices of Deception Cosmetics has had to consider getting restraining orders against them, as has Crimson Magazine, and now Brook Lynn considers doing so against Linc! He is not just harassing her about the songs he is harassing her personally and she tells Chase she’s not sure what to do to stop it!

Chase is almost off suspension and ready to go back to the Port Charles Police Department on full duty, and he has a 50 B type restraining order on his mind! That’s the ones that are issued to protect women from abusers and rapists, and there has to be one similar that will work to protect Brook Lynn in her situation!

Brook Lynn and Chase see what the options are and they do have grounds to sue for harassment – like when a bill collector harasses. It’s not something criminal that Chase could arrest him for, but he is coming in-person to harass enough to at least be a misdemeanor. It isn’t the kind of restraining order Chase would like in place – as would Ned, now that he’s been told – but at least it’s something! They get the paperwork done and file it at the courthouse, and if Linc violates the harassment order he has to pay some hefty fines!