General Hospital Spoilers: Felicia is Approached By A Mysterious Figure — But Who? 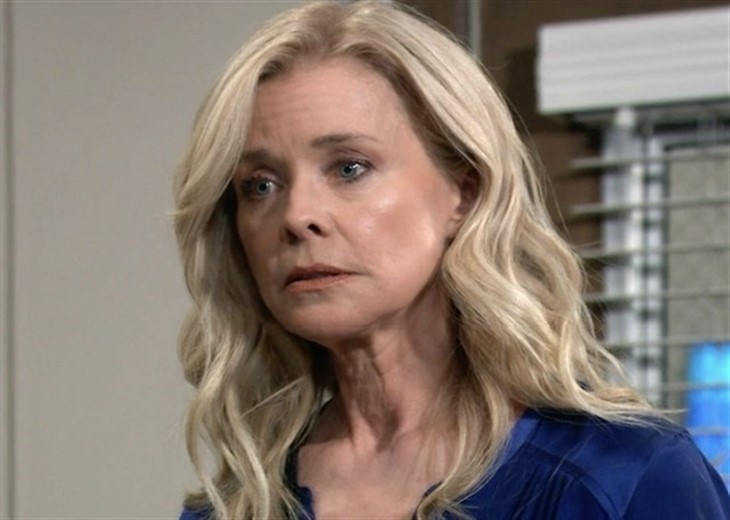 General Hospital spoilers tease Felicia Scorpio (Kristina Wagner) has been a rock for Mac Scorpio (John J. York) lately. The ups and downs these two went through while determining whether Cody Bell (Josh Kelly) was Mac’s son would’ve thrown anyone off course. Just as Felicia is finding her balance again, she’s going to come across another bump in the road. Rumor has it, a mysterious figure is going to approach Felicia. Who is it and what do they want?

Esme Prince (Avery Kristen Pohl) isn’t the most likely person to approach Felicia right now. She might be in Port Charles, but she’s also locked up in the north tower at Wyndemere. She has little to do with Felicia, and Felicia has nothing to do with Trina Robinson (Tabyana Ali) — Esme’s worst enemy who she’s been seeking revenge upon. Still, Esme could have an interest in Felicia because she’s a part of her father — Ryan Chamberlain’s (Jon Lindstrom) — past. Nonetheless, if Esme approached Felicia, she would most certainly be reported to Mac and the rest of the PCPD right away.

GH Spoilers – Tease It Could Be The Hook

Felicia could be the next victim of The Hook, but if we are assuming The Hook is Esme, then it makes it less likely that Felicia would be a target. Of course, the verdict is still out as to whether Esme actually is The Hook. Word on the street is that The Hook will soon strike again, and it’ll happen while Esme is being held hostage by Nikolas Cassadine (Marcus Coloma). Still, someone has their eye on Felicia, but it’s unclear whether they have bad intentions.

General Hospital spoilers tease Victor Cassadine (Charles Shaugnessy) has many irons in the fire. He’s been holding Holly Sutton (Emma Samms) hostage for two years. He only recently released her so she can do his bidding, but he’s still holding onto someone Holly loves and would do anything for. Victor has also been busy manipulating his son, Valentin Cassadine (James Patrick Stuart), and using his granddaughter Charlotte Cassadine (Amelie McLain) as a pawn.

Should one of Victor’s associates approach Felicia with a new kind of bait meant to send her on a wild goose chase away from Holly? Soaps in Depth reported Victor Cassadine would welcome a new associate this month named Gavin (Rafael Cabrera). Could he be the mysterious figure? Stay tuned for more GH news and spoilers to find out.

B&B Spoilers: Will Douglas Forrester’s World Be Turned Upside Down?