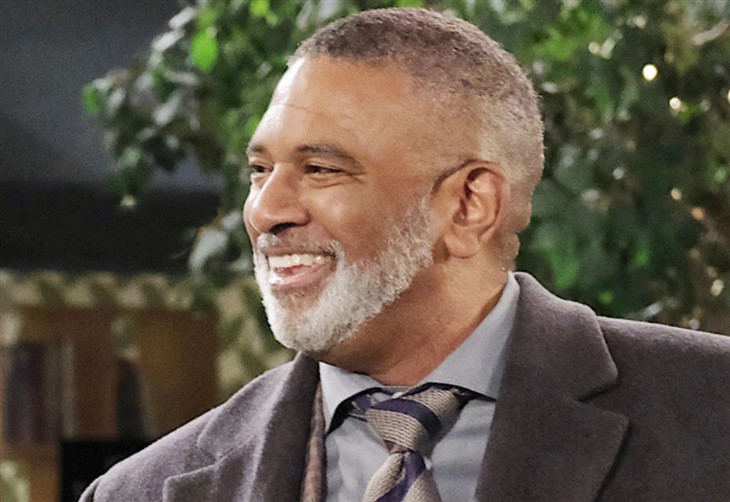 Days of Our Lives spoilers reveal that TR Coates (William Christian) claims that he’s a changed man. TR told Lani Price-Grant (Sal Stowers) that when he abused Paulina Price (Jackée Harry), he was on drugs. Since then, TR has gotten sober and allegedly went to therapy. Could TR be telling the truth and if so, could Paulina give him another chance?

DOOL spoilers reveal that when TR showed up in Salem, he seemed surprised by Paulina’s reaction. Then, TR claimed that he is no longer the man that he used to be. TR even explained that he reinvented himself from “Ray” to TR Coates.

Of course, Paulina didn’t believe a word coming from her ex-boyfriend’s mouth. Paulina remembers the abuse, control, and manipulation very well. So, Paulina believes that TR is just trying to con her and everyone else.

Head writer Ron Carlivati told Soap Opera Digest what fans can expect from Lani and TR’s storyline. Even though Lani lashed out at TR and made it clear he would never be involved in her life, that could change. The scribe teased in the February sweeps preview that Lani will find herself conflicted.

“He has reinvented himself as a movie producer and he’s the person producing Johnny’s [DiMera, Carson Boatman] film. TR insists that he’s a new man who has changed and he wants to prove it to Lani. So, we see Lani, while very cautious, tempted to get to know that guy, and Paulina, who is more wary.”

Days of Our Lives spoilers reveal that Christian said that he initially was going to pass on the role of TR. The actor didn’t want to play an abuser. However, he ultimately decided to accept the role. Speaking to SOD, Christian admitted that TR has a wicked past and can be manipulative. However, the actor also teased that fans could feel some empathy for the man.

“He’s manipulative, but you can have empathy for him… Everything about this character is exciting. He’s rich. He’s meaty. He’s got this wicked past. There’s nothing that I don’t love about playing him.”

If TR really has changed and proves it, then could Paulina find herself being drawn to him again? Right now, Paulina still has a broken heart and believes Abe Carver (James Reynolds) will never trust her again. So, Paulina could be tempted to fall for TR again. However, is that wise or could she be walking right back into danger? We will have to wait for new episodes to air again to find out.

GH Spoilers: Sonny’s Next Move, What Happens After Carly’s Goodbye?