Days Of Our Lives Spoilers: The Moment Of Truth For Sarah? 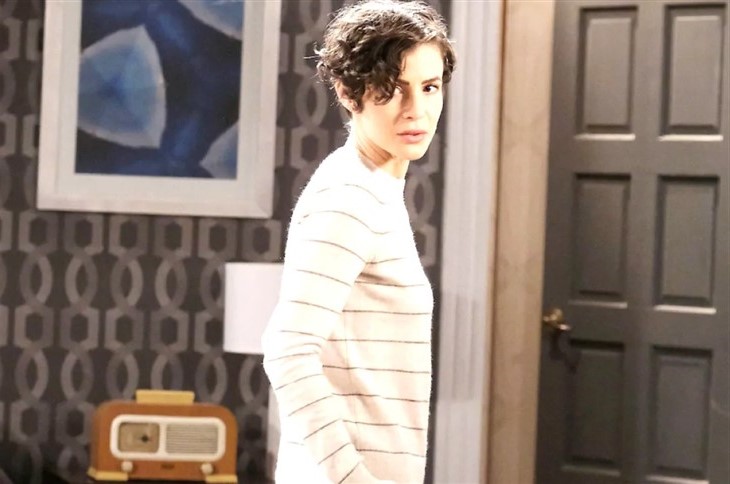 Days of Our Lives (DOOL) spoilers for Tuesday, August 2, 2022, reveal Sarah turning to everyone’s favorite Doc to see what she was really doing the night Abigail was killed.

Days Of Our Lives Spoilers – Hypnotize Me, Marlena

First, it was Lucas Horton’s (Bryan Dattilo) turn and now it’s Sarah Horton’s (Linsey Godfrey). Lucas needed to know what he really did the night Abigail DiMera (Marci Miller) was murdered and he was passed out drunk. Did he kill his own niece before he blacked out? Well, no, but he did see Sarah there and had to wonder if she was the one who stabbed Abby to death.

Sarah doesn’t remember doing this, but she also knows that she hasn’t been herself of late and has been imagining people as Kristen DiMera (Stacy Haiduk). She even tried to stab someone already thinking it was Kristen. So now Marlena Evans (Deidre Hall) has to make time for Sarah as well. When she goes under hypnosis, will she remember everything that happened that night or will she still be left in the dark?

Meanwhile, Gwen Rizcech (Emily O’Brien) goes to visit Xander Cook (Paul Telfer) to see if there may be some forgiveness in his heart. Is there?

While Ava Vitali (Tamara Braun) can’t believe that Jake DiMera (Brandon Barash) is gone, that doesn’t mean that her new alliance with Gabi Hernandez (Camila Banus) is over. In fact, Gabi is going to learn the hard way that this new idea she had was a very big mistake. They both loved Jake DiMera, but things are about to go horribly south.

Kristen DiMera (Stacy Haiduk) seems to be more broken up about Jake’s death than anyone and she needs Dr. Rolf to do something about this problem. After all, they are both pardoned, out of jail, and free to do almost anything they want now as long as they don’t get caught.

To that end, Dr. Rolf tells her that he may be fresh out of options with Jake. May is the optimum word as he seems to have just one more trick up his sleeve. Does this somehow involve Jake’s twin and Jake’s heart? We know Brandon Barash isn’t going anywhere, so one of his two characters has to be among the living again soon, right? Stay tuned to Days of Our Lives weekdays to see how these stories play out.