Days of Our Lives Spoilers: Sarah And Xander Try To Marry Once Again 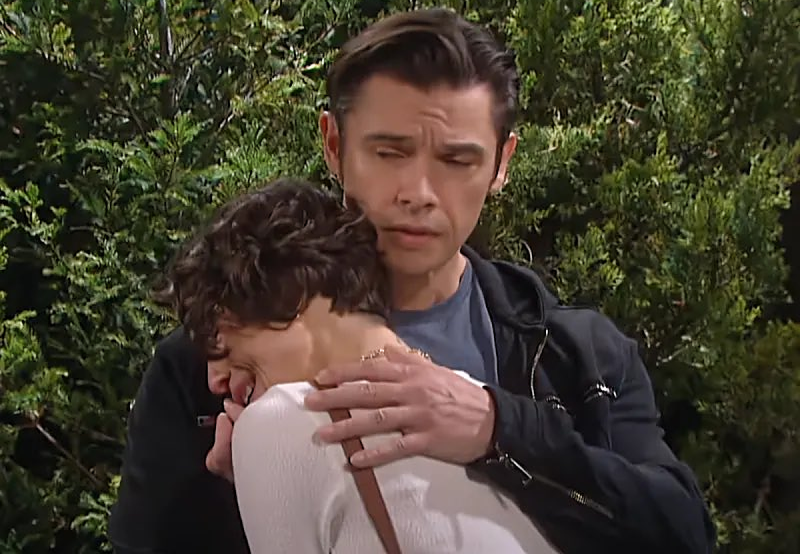 Days of Our Lives (DOOL) spoilers for Wednesday, July 20, 2022, reveal Sarah and Xander giving marriage the old college try yet one more time. Will they ever get it right?

Days of Our Lives Spoilers: Try, Try Again For Xarah

This time around, they are rushing things in the hopes that nothing gets in the way. Except Sarah hasn’t quite been herself for a long time and it’s possible she did something horrible and does not remember it at all. Spoilers say the wedding will indeed be interrupted. Might the police be involved with this interruption? Will they even want to try a fourth time when they get a chance or does Xander just not have luck with weddings?

While Marlena Evans (Deidre Hall) has him under hypnosis, Lucas Horton (Bryan R. Dattilo) is taken back to the night Abigail DiMera (Marci Miller) died, which was also the same night he went on a bender and blacked out. Flashes of memory start coming to him and he’s frightened of what he sees.

Does he see himself doing something heinous or does he see someone else stabbing his niece to death? Will he see that person’s face before Marlena is forced to bring him out of it? Something tells us Lucas is not the culprit but he is horrified over who is. Can he be remembering wrong or is this case solved already?

Chad DiMera (Billy Flynn) is still a man in grief and now he is losing his hold on the family company as well. At least he has his best bud Sonny Kiriakis (Zach Tinker) to lend him support.

Chanel Dupree (Raven Bowens) is a woman in demand when both Allie Horton (Lindsay Arnold) and Johnny DiMera (Carson Boatman) have proposals for her. It looks like she is finally going to make up her mind between these two twins, but who will she choose? Stay tuned to Days of Our Lives weekdays to find out