Days Of Our Lives Spoilers: Leo Meets A Strange Guest In The DiMera Tunnels 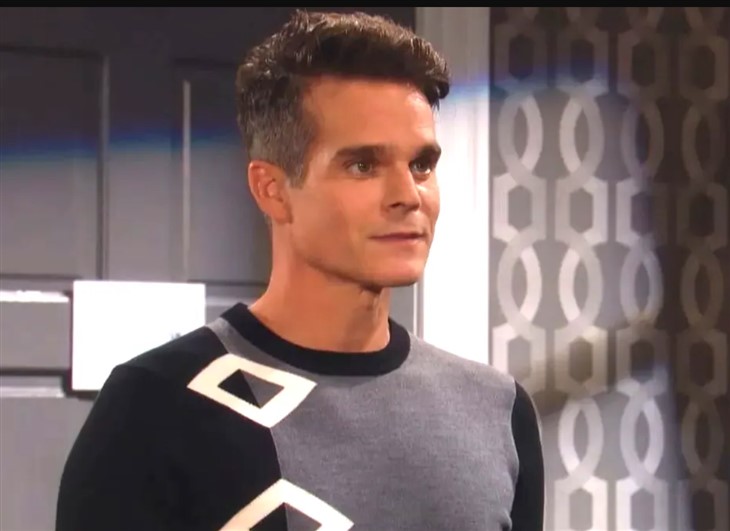 Days of Our Lives (DOOL)  spoilers for Wednesday, June 8, 2022, reveal Leo getting comfortable with his new digs in the DiMera mansion tunnels and secret rooms, but he gets some unexpected company.

Just as Leo Stark (Greg Rikaart) starts settling in at one of the secret rooms in the DiMera tunnels, Thomas DiMera comes upon him when he’s exploring. Maybe someone should tell Abigail DiMera (Marci Miller) and Chad DiMera (Billy Flynn) that their kid figured out a secret to the house he’s living in and likes to check it out every once in a while.

Leo finds himself having an entire enlightening conversation with the kid, who soon becomes a nuisance. Since Leo wouldn’t hurt a child, he just gets the kid to go back into the main house so he contemplates what his next revenge move will be.

Meanwhile, Abigail may also end up in the tunnels soon because she is getting close to a horrifying truth that’s going to change everything in Salem forever. What Chad is about to find in those tunnels will change him as a man forever.

DOOL Spoilers – EJ Has Some Fantasies

Now that Sami Brady (Alison Sweeney) is almost back in town and Nicole Walker (Arianne Zucker) has moved on with Rafe Hernandez (Galen Gering), Ej DiMera (Daniel Feuerriegel) has Belle Black Brady (Martha Madison) on his mind while awake and while asleep. He surprises even himself when he has a steamy dream about Belle. Who wants to bet Sami returns to walk in on Belle and EJ in bed? Just like she walked in on EJ and Nicole the last time.

Days Of Our Lives Spoilers – Lucas Horton Has Some Problems

Are the walls closing in on poor Lucas Horton (Bryan R. Dattilo), a man who kept Sami Brady captive in a remote cabin seemingly with no shower for months just so he can come in and rescue her? That was definitely one of his all-time dumbest moves but it worked for a while. Sami returned to him believing that EJ was the culprit.

Well, things aren’t working out with Sami and Lucas is way off the wagon talking to Roman Brady (Josh Taylor) about his daughter. That’s when one thing leads to another and Lucas talks just a little too much. Did he just dig his own grave? Stay tuned to Days of Our Lives weekdays to see how these stories play out.