Days Of Our Lives Spoilers: Jada’s Pregnant, What Will Eric Do Now? 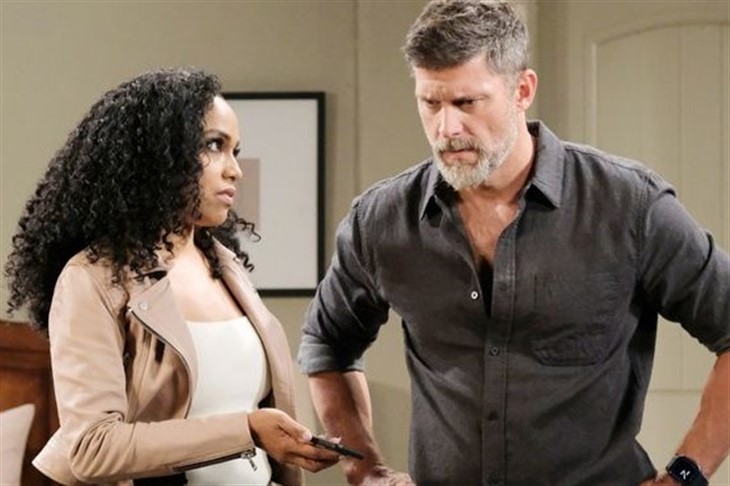 Days Of Our Lives Spoilers – Isn’t This Always The Way?

Eric Brady (Greg Vaughan) and Nicole Walker (Arianne Zucker) finally admitted they’re still in love with each other and that they need to end things with their current significant others.

Nicole was thrilled that Eric would be willing to break up with Jada Hunter (Elia Cantu), so she quickly told Rafe Hernandez (Galen Gering) that she would rather be with Eric than him.

Little did she know that Jada Hunter and Eric were getting some shocking news from Sarah Horton. Jada is pregnant and she and Eric are both stunned. Will Eric stay with Jada just because of the baby?

Will Jada even want him to, considering that she spied him kissing Nicole? Eric and Nicole don’t know they were caught, but Jada also has a baby to consider now.

Bonnie Lockhart (Judi Evans) and Susan Banks (Stacy Haiduk) don’t quite know what to do, but they are determined to find a way to escape the clown that has them held captive.

Meanwhile, Xander’s guilt over all of this is shining through. He just wanted a job so Sarah would not have to pay off his credit card debt and Ava Vitali (Tamara Braun) was willing to pay handsomely and now he is in this mess.

When he runs into Gwen Rizcech (Emily O’Brien), she can tell Xander is lying about something and tells him to spill. Will she be able to help him out of this mess while also becoming his accomplice?

Speaking of Ava Vitali, it’s now war between her and EJ DiMera (Daniel Feuerriegel) as the pair battles it out to the finish. Will Ava have Steve Johnson (Stephen Nichols) there firmly by her side all because of Tripp Johnson (Lucas Adams)?

Is EJ trying to trick Tripp’s parents or does he really have the young doctor tied up somewhere at gunpoint? Stream Days of Our Lives weekdays on Peacock by 6 am EST to see how these stories play out.