Days Of Our Lives Spoilers: Jada’s Not Pregnant After All, Ultrasound Reveals False Positive 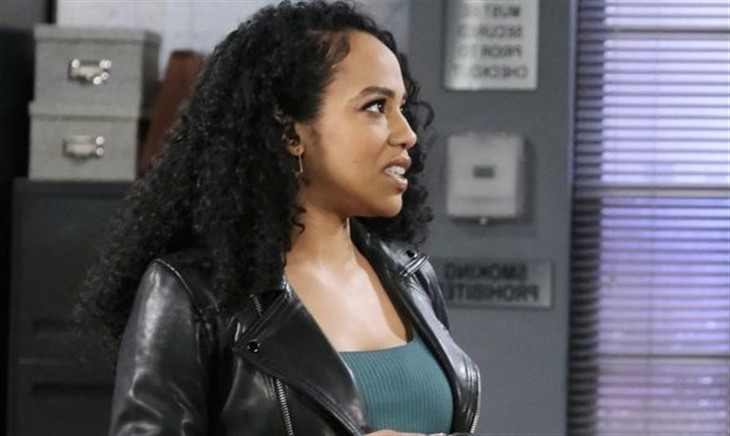 Days of Our Lives spoilers indicate that Jada Hunter (Elia Cantu) just found out she was pregnant with Eric Brady’s (Greg Vaughan) baby. However, Sarah Cook (Linsey Godfrey) wants to do an ultrasound to see how far along Jada is. Will the ultrasound reveal the shocking news that Jada isn’t pregnant after all?

Days Of Our Lives spoilers reveal that Jada was floor when she was told she was pregnant. Jada and Eric have been very careful and always use birth control. How could Jada have gotten pregnant? No birth control is 100 percent accurate but they are pretty close. Jada certainly didn’t expect an accident to happen with her and Eric.

Jada questioned the accuracy of the test simply because they have been so careful. Could Jada insist on an ultrasound to make sure the test is correct? Should Jada have waited for this option before telling Sarah it was ok to talk in front of Eric? After all, Eric has lost children before and Sarah knows this. Perhaps she should have been more insistent until they were absolutely sure.

DOOL Spoilers – Other Medical Conditions Can Give A Positive Pregnancy Result

Sarah offered to run the test again but Jada declined. However, there are other conditions that can lead to a positive pregnancy test result. Certain types of cancers can give positive results for example. All of this could just be another poly to come between Eric and Nicole Walker (Arianne Zucker. It obviously works since Nicole seems to end up in bed with E.J.Dimera (Dan Feuerriegel) at some point.

Is this baby scare just another thing to prove that Nicole and Eric can’t work as a couple? This baby drama will last for a while, at least long enough for Nicole to try to push Jada to get rid of the baby. Eric, at some point even tells Nicole that the baby is none of her business. This blow-up will likely end with Nicole in E.J.’s bed.