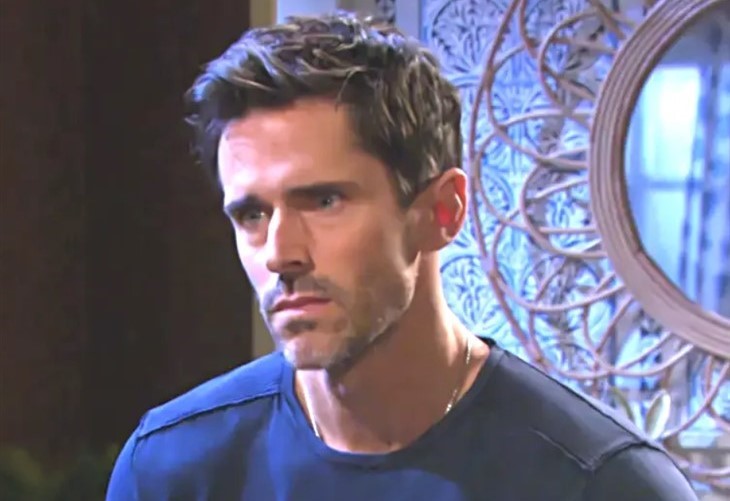 Days of Our Lives spoilers and updates tease there’s heartbreak ahead for Shawn Brady (Brandon Beemer). The paternity test that will show Evan Frears aka Christian Maddox (Brock Kelly) is baby Shawn Christian Brady’s (uncast infant) father will be back soon. And a heartbroken Shawn will have to say goodbye.

Days Of Our Lives Spoilers – Shawn Brady Has Gotten Attached

There’s no doubt that once the shock wore off and the baby was born, Shawn has gotten attached to the newborn boy he thinks is his. There was a time where he wouldn’t have thought he could want anything to do with Jan Spears’ (Heather Lindell) baby but now he’s in love. But then Evan showed up with a DNA test that showed the one Shawn had done previously had been tampered with, and they have to do another one.

During the week of August 1, the paternity test results will be in and they’ll show that Evan is right, and he really is the baby’s birth father. Shawn won’t want to believe it but he’ll have to accept the truth – poor baby, his name will be Shawn Christian Spears Frears unless Evan goes back to Christian Maddox!

DOOL Spoilers – Shawn Brady Will Worry Over The Baby

Shawn will most certainly wonder if Evan will be a good father to the baby and he’ll worry over his welfare. However, surrendering the baby to his natural father will give Belle Brady (Martha Madison) and Shawn another chance to reconcile and seek happiness. Even though the baby is the innocent party, Belle couldn’t live with the reminder of her rival’s affair with her husband, and that’s why she set up a legal separation. Shawn could lash out at her initially, and act like she’s happy with the outcome, but she won’t want him to be hurt missing the baby he bonded with. However, it was Belle who went onto Ben and Ciara Weston’s (Robert Scott Wilson, Victoria Konefal) boat, “Living In Cin” and rescued the infant; that should count for something.

Shawn will suffer a very painful separation when he has to hand baby Shawn over to Evan, and he’ll be in a very dark place. He may likely consider if Evan would harm the child, but Belle will remind him Evan has a pardon from the governor. Even his criminal records could possibly be expunged, since Orpheus (George Del Hoyo) had his hackers break into the criminal records server along with everything else.

Shawn may have nothing he could fight Evan for custody with since he is the baby’s only known surviving parent, and Orpheus could even fight for his grandchild. Belle may also remind Shawn of Evan’s childhood, that for a time her mother, Marlena Evans (Deidre Hall) cared for Evan and hope some of that stuck in Evan.

Shawn may also remember when Evan first came to town he was a male nanny and never hurt the children in his care. And his sister, Zoe Burge (Kelly Thiebaud) also turned out okay, she is an attorney and has custody of his other son with Jordan Ridgway (Chrishell Stause). Even though she lives on the other side of the world, when she finds out her brother has a baby she may fight for him. It won’t help Shawn’s detachment pain but at least he would know baby Shawn would be safe.