Days Of Our Lives Spoilers: Did Coates Kill Beth? 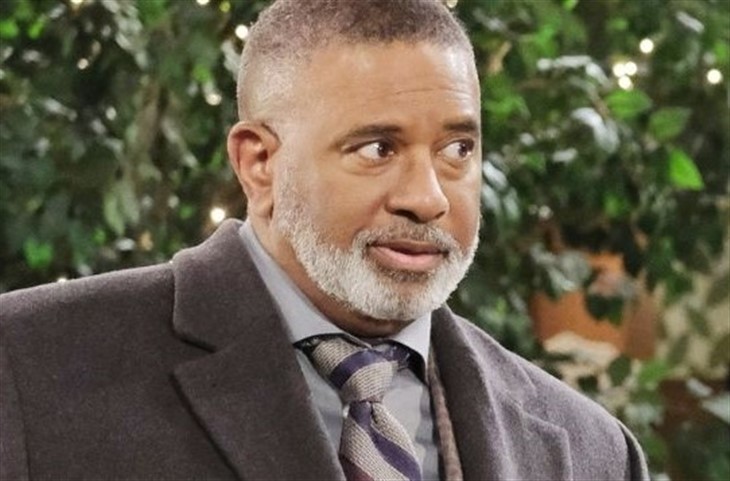 Days of Our Lives spoilers and rumors pose a question about a possible murder; will viewers find out for sure in an upcoming episode of DOOL?

Previous DOOL episodes revealed that TR Coates (William Christian) was very angry, actually furious, with Beth Howard (Donielle Artese) upon finding she’d been at Salem University Hospital. She was visiting Eli Grant’s (Lamon Archey) hospital room and was debating telling Lani Grant (Sal Stowers) what she suspected about his shooting. Beth had felt very guilty about Eli’s condition, knowing he was shot and in a coma because of what she’d told him about Coates.

Coates found out that Beth had been in the hospital talking to Lani and he was furious! He then went to Beth’s suite at the Salem Inn, forced her back into the room and then viewers heard her scream!

DOOL Spoilers – TR Coates Had To Guarantee Her Silence

Coates had to guarantee Beth’s silence and he was infamous for his terrible temper; and it is even worse on drugs! Beth had caught him high several times recently and you better believe she called him on it and he didn’t like it! Coates had been extremely abusive to Beth and also not only using but selling drugs, and that is what she told Eli. She had provided the proof that Coates had never changed his ways since Lani was a baby and Paulina Price (Jackée Harry) gave her to her sister to raise! Coates, naturally doesn’t want to be exposed and so he made a violent move to shut her up!

Days Of Our Lives Spoilers – Did Anyone Else Hear Beth Howard Scream?

Unfortunately for Beth, there didn’t seem to be anyone around who could have heard her screams or Coates threatening to kill her! Of course, Coates didn’t put it in those exact words, but how else is one to take a statement like he made? Coates told Beth he had to shut her up permanently if he couldn’t guarantee she’d keep his secrets!

One would think there would be security cameras around as much crime is there is in the relatively small town of Salem, but none were spotted in the hallway! Beth could be hurt, dying, or dead there in that room for days if Coates put a “do not disturb” sign on the door!

DOOL spoilers tease that Ciara Weston (Victoria Konefal) will soon make a horrifying discovery – it could be Beth’s body! This appears to be before Allie Horton (Lindsay Arnold) aka AllieDevil plans to take her to a cabin to take Baby Weston when he’s born. It could refer to something else, but it is also possible she comes across Beth’s body, possibly having been moved by Coates. He could have even stashed it in the cabin Allie plans to kidnap her to, but if not, then Beth’s remains may be found by a cleaning crew. If he’s smart, he’ll throw her in the river or bury her-but Coates doesn’t seem to be real smart!

Will Smith Meditates In India After Oscars Incident