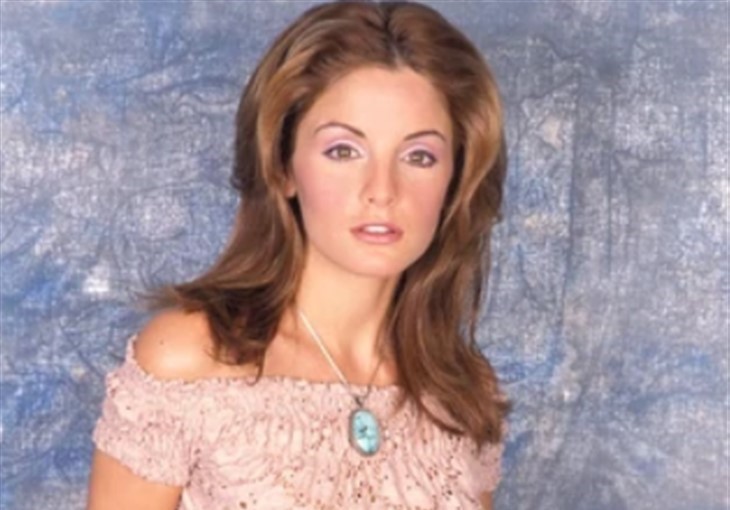 Days of Our Lives spoilers tease that it’s been years since Cassie DiMera (last played by Alexis Thorpe) appeared in Salem. All the way back in 2002, she and Rex Brady (Kyle Lowder) showed up after a meteor shower. For a short while, she and Rex were believed to be aliens. But eventually, the twins were revealed to be the biological children of Roman Brady (Josh Taylor) and Kate Roberts (Lauren Koslow).

Days Of Our Lives Spoilers – Cassie Brady Was A Victim Of The Salem Stalker!

Once the truth about her real identity came out, Cassie was thought to have been killed by the Salem Stalker. She was found in a Thanksgiving pinata with multiple stab wounds. But Cassie’s death, like the rest of the victims of the Salem Stalker, was eventually revealed as a hoax devised by Andre DiMera (Thaao Penghlis). Cassie was discovered to be alive and eventually returned to Salem briefly. But eventually, both Cassie and Rex left town. And while Rex has returned several times over the years, Cassie has stayed far from Salem.

Rex has returned to Salem many times over the years, but Cassie never has. Right now, Rex is working overtime to help cure Kate of the rare disease that was given to her by Orpheus (George DelHoya). Perhaps it’s time for Cassie to return to support Rex and be there for their mother, who will most likely die if a cure can’t be found. Kate will certainly need all of the support she can get in the coming weeks, as well as Rex.

Rex has mentioned Cassie a few times over the years. He’s mentioned that Cassie went through quite a bit and hasn’t been ready to return to Salem. Perhaps now, with Kate being so sick and Rex working on the cure, it’s time for Cassie to return. Perhaps, she will catch the eye of EJ DiMera (Dan Feuerriegel) and the two could have a whirlwind romance. Cassie is basically a blank slate. Anything is possible for the young woman once thought to be an alien!

Should Cassie return to Salem? Or has too much happened? Would she be a good match for EJ? Anything can happen in Salem so stay tuned to Days of Our Lives streaming every weekday on Peacock. And don’t forget to check back right here regularly for all your Days of Our Lives news, information and spoilers!

Y&R Spoilers: Kyle Suspicious Of Diane, Sees Her With Tucker?