Days Of Our Lives Spoilers: A Tragic And Shocking Day In Salem 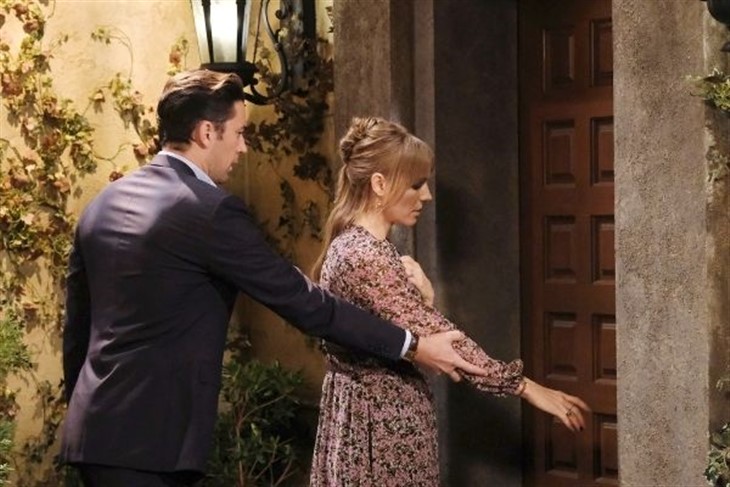 Days of Our Lives (DOOL) spoilers for Monday, June 13, 2022, reveal a day that changes everything for Salem and DOOL.

Days of Our Lives Spoilers – An Unbelievable Sight

Chad DiMera (Billy Flynn) knew that Abigail DiMera (Marci Miller) trying to find out what really happened to Sami Brady (Alison Sweeney) was a mistake. He was more worried that she would learn his part in the lies, but he never imagined he would find his wife dead. But, that is exactly what happens on Monday as Chad’s life changes forever. This isn’t a case where no body is found. Chad finds his wife’s body in a gruesome state and can hardly believe his eyes.

His entire life changes in an instant, as he finds himself the single father of two young children. He and Abigail even wanted a third and it looks like that is never going to happen now. How is he ever going to tell his Jack Deveraux (Matthew Ashford) and Jennifer Deveraux (Cady McClain) happened?

As Chad finds his shocking and horrifying scene, Tripp Johnson (Lucas Adams) shocks Steve Johnson (Stephen Nichols) and Kayla Johnson (Mary Beth Evans) when he tells them he plans to leave town. After all, that happened with Allie Horton (Lindsay Arnold) and the devil, he feels it’s time for him to make a change and get his head on straight. He is not leaving Salem forever, but he is leaving for now, which is also stunning to his mother, Ava Vitali (Tamara Braun). However, Tripp’s parents both understand why he has to do what he is doing.

It may be a tragic day for Salemites, but not everyone knows this yet. To that end, Belle Black Brady (Martha Madison) and EJ DiMera (Daniel Feuerriegel) continue to grow closer as the heat increases between them. Belle has just about had it with anyone who judges her at this point and that includes her parents, Marlena Evans (Deidre Hall) and John Black (Drake Hogestyn).

With Sami Brady due back in town any day now, this is not going to go well for EJ and Belle. But the heart wants what it wants and for now, their hearts want each other. Stay tuned to Days of Our Lives weekdays to see how these stories play out.