Days Of Our Lives (DOOL) Spoilers: Roman Shocks Everyone By Offering Clyde A Job, Will He Get Burned? 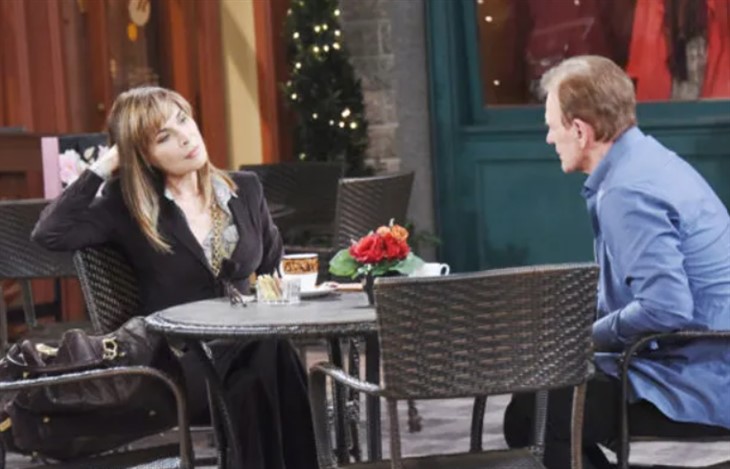 Days of our Lives (DOOL) spoilers reveal that Clyde Weston (James Read) is one savvy criminal. It appears that the former moonshine king has done his time for his crime and will be released onto the general population soon. Unless he wants to go back to prison he needs to get a legit job, and explosive show spoilers reveal that he will do just that—to the shock of his ex Kate Roberts (Lauren Koslow).

What is Roman Brady (Josh Taylor) thinking hiring the hillbilly deluxe? Let’s unpack what is going on here DOOL fans!

Days Of Our Lives spoilers – Clyde Weston Is A Smooth Criminal

During the week of March 21-25, Days spoilers tease that Clyde’s bunkmate EJ DiMera (Dan Feuerriegel) finally remembers Clyde was the one who ordered his death. EJ will try to thwart Clyde’s release from Statesville but Clyde has a warning that keeps EJ quiet. What is sinister enough to keep EJ from telling what he knows?

It looks like Clyde’s threat works (for now) and he becomes a free man.

DOOL Spoilers – Clyde Weston Is Large And In Charge In Sale

As an ex-con Clyde will find his job opportunities a bit limited. That isn’t how it’s supposed to work, but not everyone takes a shine to employing a possible risk factor. Yet, Clyde gets lucky off the bat when he goes to the pub and good-hearted Roman hires him during the week of March 28-April 1.

What will Roman have Clyde doing? Probably not waiting on customers at least at first. That is the job he once gave Kate and it looks like she will flip when she finds out Clyde is working at the pub.

Days Of Our Lives Spoilers – Will Kate Roberts Have A Problem With Clyde Weston?

Roman and Kate are seeing each other and as such they should see eye to eye. But it may be that Kate is stunned to go to the pub one day and find her ex there. Roman will have some explaining to do!

Is this going to affect Kate and Roman’s happiness? What is the chance that Clyde can slide back into Kate’s good graces, and Roman resents ever giving him a job?

Roman should know better since Kate had to stop Clyde after he kidnapped baby Henry Horton (Clyde and Nash Gunderson), the son of Allie Horton (Lindsay Arnold), Roman’s granddaughter. Roman is playing with fire, is he about to get burned?

1000-Lb. Sisters: Why Fans Think Nurse Tisa Should Get Spinoff