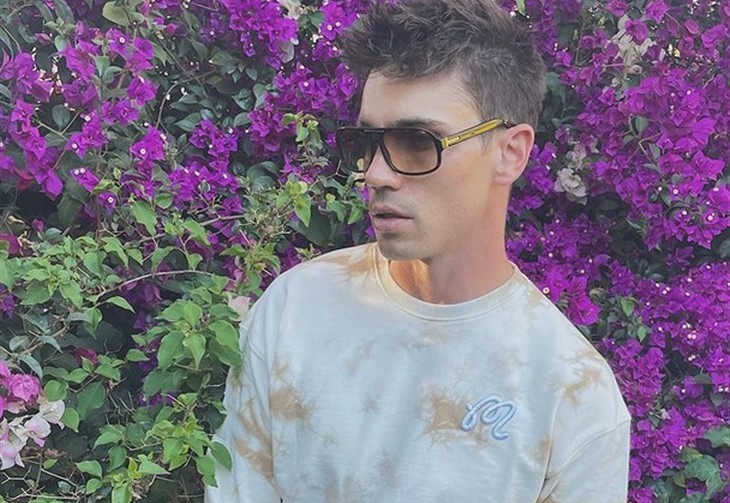 The Bold and the Beautiful (B&B) star Tanner Novlan welcomed a son into the world on June 6, 2022, under dramatic circumstances.

It was only February when Novlan and wife Kayla Ewell of Vampire Diaries Fame announced they were pregnant with a baby boy. They are already parents to a daughter, Poppy, who is two years old. “She tells everyone on the street, even dogs on the street that she’s a big sister, and she’s really excited about it,” Ewell told People back in February, revealing that she learned she was pregnant around Thanksgiving of 2021.

She also loved the idea of having a baby boy, telling People, “I really wanted to be a boy mom. I’m excited to meet him. It’ll be fun.”

Well, that baby boy couldn’t wait to make his big arrival as he was born 7 weeks premature. Thankfully, Novlan revealed in an Instagram post on Sunday morning that his son was healthy.

“Jones Douglas Novlan. Our lil man couldn’t wait to join us! He came 6/6/22, 7 weeks early, 3lbs 9oz. He’s happy and healthy. Mom is doing great too,” Novlan wrote next to a photo of the infant’s tiny little hands. “Thank you to Dr. Waldman, Dr. Valenton and the entire nicu nursing staff at Cedars Sinai for being so amazing.”

B&B Spoilers – Tanner Novlan Is Back In The Soap Game

It’s been a roller coaster year for Novlan as he had to keep a big soap secret for months. His B&B character, John ‘Finn’ Finnegan had supposedly died on April 1 and the actor even seemed to have an exit interview, but recently, fans learned that Finn is alive yet comatose. His mother, Li Finnegan (Naomi Matsuda), took his barely breathing body from the hospital so she could nurse him back to health herself. His wife, Steffy Forrester (Jacqueline MacInnes Wood), has yet to learn the truth.

Novlan admitted on The Talk that he knew all along his character wasn’t dead and even kept the secret from his mother, which wasn’t an easy task. Now, the actor takes after his character in that he has a baby boy and a little girl in the same way Finn has Hayes and is stepfather to Kelly Spencer. Stay tuned to the Bold and the Beautiful weekdays to see when Finn wakes up and recovers.

Days Of Our Lives Spoilers: Chad Lashes Out At Sonny!