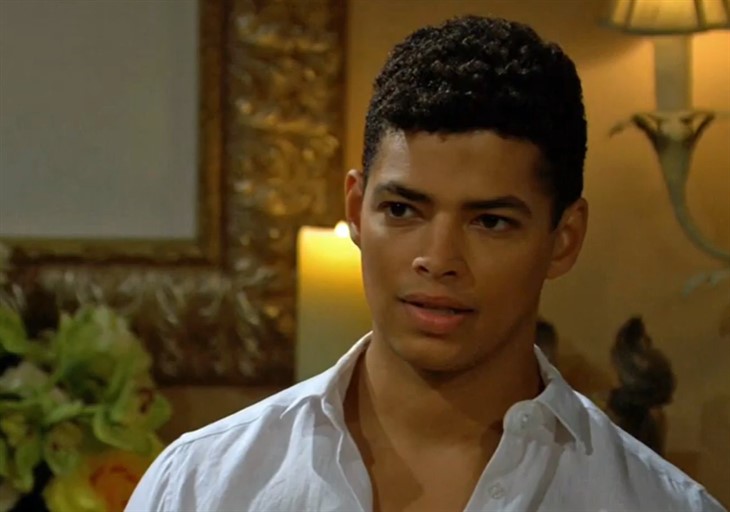 The Bold and the Beautiful spoilers document that Zende Forrester Dominguez (Delon de Metz) was hopeful he would get engaged. Marriage to Paris Buckingham (Diamond White) would follow.

But Carter Walton (Lawrence Saint-Victor) learned that Carter intended to present Paris with an engagement ring in the recent past and tipped Paris off. She divulged her feelings to Carter, with a permanent tie to Zende not being in her plans.

Zende does not know that Paris was tipped off. More importantly, he is not aware that Paris’ deepening feelings for Carter have recently led to a romantic relationship between them.

The Bold And The Beautiful Spoilers – Paris Buckingham Should Be Open

Paris should be honest with Zende. Her intentions were open-hearted, in not wanting to hurt Zende by blocking his ring offer before it happened. But if the truth were told, she would have to admit that concealing the truth is not honest.

White’s character is a nice person. She is also clearly immature regarding complex relationship issues, appearing to have no others of any lasting significance.

It is the assumed assessment of Paris’ personal life that can allow viewers to conclude she has inartfully handled this situation.

It would be a different storyline if Carter was not interested in Paris and merely tipped her to Zende’s plan. In that instance, B&B’s writing staff could have had Quinn Fuller (Rena Sofer) tell Paris what she knew.

The above scenario would have been plausible because Quinn was Zende’s chosen ring maker. Doing so would have fit with Quinn’s reckless intrusion into other people’s business.

But TPTB did not have Quinn tell Paris. Carter told Paris because he finds her highly appealing, as recent scenes in his bachelor condominium affirm.

The Bold And The Beautiful Spoilers – Grace Buckingham The Decisive Factor

If Grace Buckingham (Cassandra Creech) were not in Los Angeles, California, Zende might remain oblivious to current developments for months. But Creech was cast for a purpose, to stir this soapy pot as a protective mother must.

Grace is not wrong to think that Carter represents a danger to her daughter. While the ideas she has about Carter and Zoe Buckingham’s (Kiara Barnes) engagement are off-base, the cavort between him and Quinn is genuinely troubling.

However, Paris does not seem to be a rebound for Carter. He is single. So, is Grace’s younger daughter. But drama drives daytime, not dispassionate logic.

So, the audience is naturally expecting Grace to push the hidden connection between Paris and Carter into the open. When and however Zende learns of it, Paris and Carter will be exposed, with potential personal and business consequences to follow.