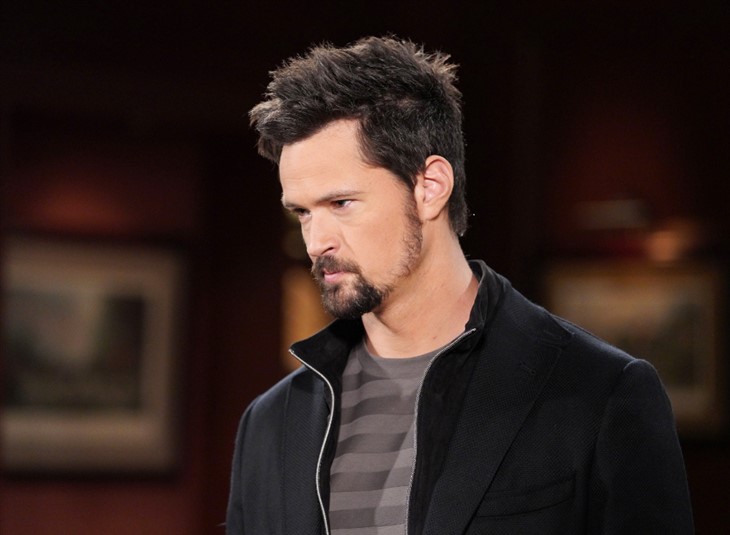 The Bold and the Beautiful spoilers reveal that Thomas Forrester (Matthew Atkinson) still loves Hope Logan Spencer (Annika Noelle). However, he knows that he can’t have her. Meanwhile, Liam Spencer (Scott Clifton) is sure that Thomas is manipulating Hope. An unexpected twist could be Hope confessing to having romantic feelings for Thomas.

The Bold And The Beautiful Spoilers – Thomas Forrester’s Mental Health

B&B spoilers reveal that Thomas has worked really hard on his mental health. For a long time, Thomas was obsessed with Hope and did everything to get his way. After Thomas used Zoe Buckingham (formerly played by Kiara Barnes), he was exposed at the wedding. That is when Thomas was shunned and shamed by his own family.

Thomas went away for a few months to figure things out. Thomas was in regular contact with Taylor Hayes (Krista Allen), who helped the troubled father get his head on straight. Since then, Thomas has been doing his best to live his life right. Thomas even saved Liam from going to prison.

Despite everything Thomas has done to earn redemption, it still isn’t enough for Liam and Brooke Logan Forrester (Katherine Kelly Lang). Liam is concerned that Thomas is still obsessed with Hope and is using Douglas Forrester (Django Ferri) to get his way. In fact, fans will see Liam confront Thomas about manipulating Hope.

Liam isn’t the only one who thinks Douglas and Hope are just pawns in Thomas’ scheme. Brooke feels the same way as Liam. Additionally, Brooke is convinced that Thomas, Taylor and Steffy Forrester (Jacqueline MacInnes Wood) are conspiring against the Logan family.

The Bold And The Beautiful Spoilers – Hope Logan Spencer’s Realization

The Bold and the Beautiful spoilers reveal that Thomas did fantasize about Hope recently. However, Thomas immediately recognized it and talked himself down. So, it seems that Thomas is trying to keep his feelings under control and focus on getting custody of Douglas.

Meanwhile, Hope will be spending less time at home with Liam and Beth Spencer (Madeline Valdez and River Davidson). Instead, Hope starts spending all her time at Eric Forrester’s (John McCook) house with Thomas and Douglas.

Spending so much time with Thomas might have an unexpected impact on Hope. It could turn their civil dynamic into a romantic one. This time, it might not be Thomas who acts on his feelings, but Hope.

How will Liam feel when Hope confesses that she’s developing romantic feelings for Thomas? Will Liam blame it on Thomas’ manipulation or could he realize that Hope’s feelings are genuine?

B&B Spoilers: Steffy Needs To Back Off