B&B Spoilers: Deacon Covers For Sheila, Will He Go Back To Prison? 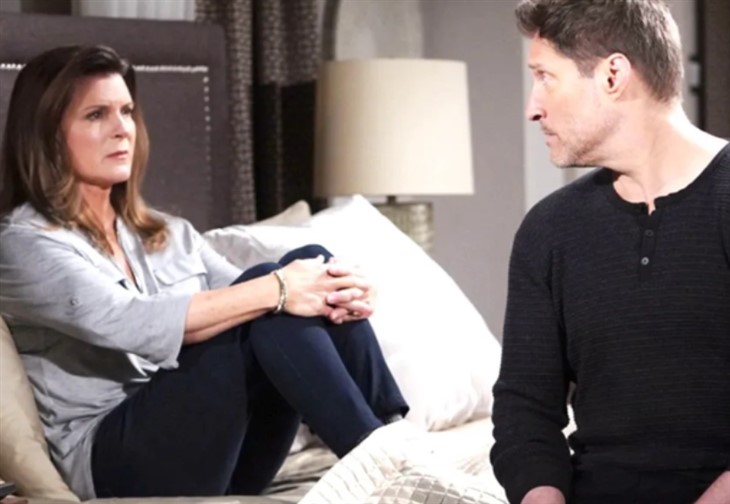 The Bold And The Beautiful (B&B) spoilers suggest that Deacon Sharpe (Sean Kanan) could be arrested after Sheila Carter (Kimberlin Brown) barges into his apartment. Will Deacon’s need to think lead to an arrest for harboring a fugitive? Could Deacon go back to prison for violating his parole?

The Bold and The Beautiful spoilers reveal that Sheila will run straight to Deacon now that she has escaped. Unfortunately, Deacon lives in the back room at a restaurant, exactly where is he supposed to hide anyone? Will Sheila get Deacon in trouble for asking him for help?

Baker also knows that Deacon is Sheila’s only other friend in town. After all, Baker caught Mike Guthrie (Ken Hanes) at the apartment. It is obvious that Mike knocked Li out to make sure Sheila could get away. Baker would be stupid to have not had him arrested immediately.

Deacon will try to close the door and not even allow Sheila inside but that won’t work. Sheila will talk Deacon into hearing her out and will unfortunately get sucked into her plan. It seems that Deacon may immediately regret his decision as well.

Deacon is in over his head. Deacon should have known not to listen to any plan that Sheila concocted. However, Deacon will end up putting his freedom and his relationship with his daughter at risk. Ridge Forrester (Thorsten Kaye) will certainly jump on the “Deacon hasn’t changed” bandwagon when this happens.

The Bold And The Beautiful: Can Deacon Sharpe Remain Free?

Once Deacon gets caught up in Sheila’s web, his freedom could be on the line. Deacon is on parole and hanging out with Sheila, or any other con is strictly forbidden. Of course, some may have the theory that “birds of a feather flock together” too. Is Deacon determined to prove them right?

Deacon may be forced to have to clear his name when Sheila’s plan blows up in her face. However, Deacon could also suffer a setback in his relationship with his daughter and with Taylor Hayes (Krista Allen). Will Hope Spencer (Annika Noelle) believe that Deacon was forced to help Sheila? Will Taylor end their friendship because of Deacon’s entanglement?

Deacon has been doing very well for himself since he got released from prison. Will Sheila ruin things by causing Deacon to be arrested again?

The Young And The Restless Spoilers: 3 Must-See Moments For The Week Of August 1