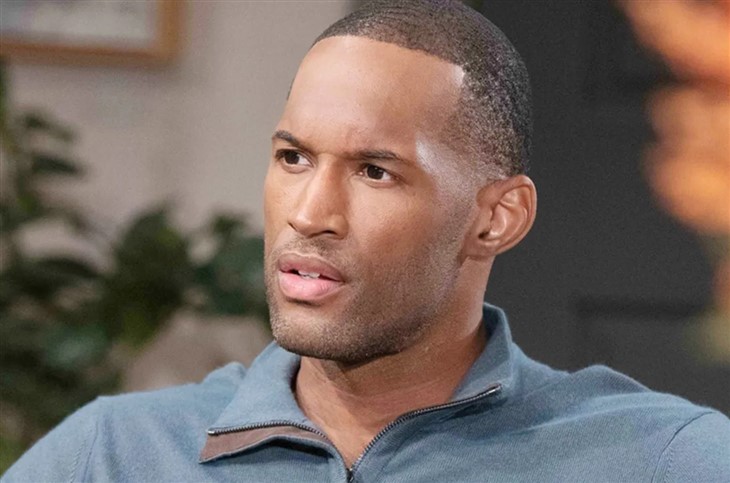 The Bold and the Beautiful spoilers reveal that Carter Walton (Lawrence Saint-Victor) will have his world crash down. Considering Quinn Forrester’s (Rena Sofer) last scene didn’t show any kind of exit, that is likely what Carter’s story is all about. So, let’s talk about what could happen to Quinn and what that means for Carter.

The Bold And The Beautiful Spoilers – Quinn Forrester’s Last Scene

B&B spoilers reveal that Quinn’s final scene has already aired. In that scene, Quinn and Carter told each other how much they love each other. The two shared a romantic dinner and everything seemed perfect. Now, this was puzzling to fans as Quinn won’t be seen anymore. Unless there is a surprise recast, what happens to Quinn?

Fans have been vocal about Quinn not having an exit story. At the very least, fans thought that Quinn would get a huge opportunity in another city. Fans also thought that Quinn and Carter might disagree about what the future looks like as a couple. After all, Quinn can’t have kids at her age and that is something Carter has always dreamed of.

However, fans didn’t get any kind of exit story. That doesn’t mean Quinn’s exit won’t be explained, though.

The Bold And The Beautiful Spoilers – Carter Walton’s Shattered World

The Bold and the Beautiful spoilers reveal that the fall preview in Soap Opera Digest hints at what could happen with Carter. Head writer and executive producer Bradley Bell shared,

“… Carter’s life turns upside down in a minute.”

So, that sounds like it’s connected to Quinn’s exit. With how happy Quinn and Carter were in their final scene, it’s doubtful that they break up. So, what could take place that shatters Carter’s world?

It is possible that Carter gets a phone call or a visit from the police. Maybe Quinn gets involved in a horrific car crash. It’s possible that Quinn doesn’t survive the accident.

It would set up an easy exit for Quinn but would also explain Carter’s world suddenly crashing down around him. It would also allow fans and the characters to all remember the best parts of Quinn rather than focusing on all her scandals.

What do you think is going to cause Carter’s world to suddenly crumble? Will he get news that Quinn was involved in a car accident and died on the scene? Will there be flashbacks so everyone can remember the best parts of Quinn? Share your thoughts and remember to keep watching the CBS soap to see what happens next.