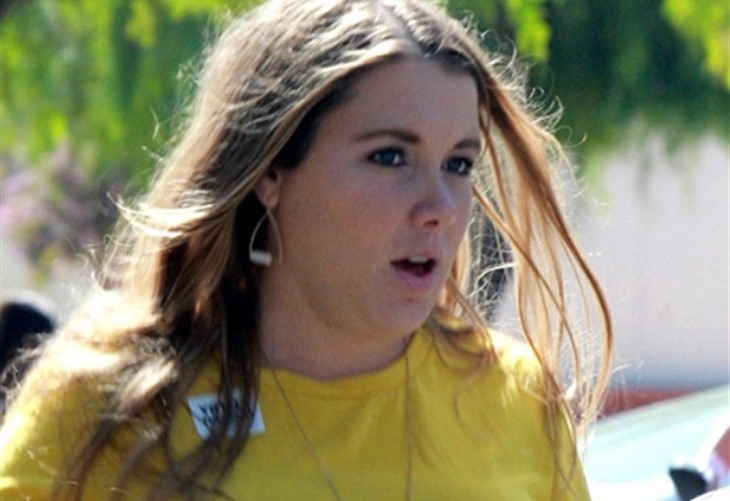 The Duggars news and updates tease that Anna Duggar has finally broken her silence ever since Josh’s scandal broke out. The reality TV personality took to social media during her birthday and shared that she was “road tripping to visit my bestie.”

The Duggars – Josh Duggars Gets Convicted

Fans know that Josh Duggar has been convicted on child sexual abuse charges. His recent scandal has left the family divided about his prison sentence. His parents Jim Bob and Michelle are standing by their oldest child, with the latter even asking the judge to show leniency.

She wrote a letter to the judge asking if she could give her son, whom she called “tender-hearted” and a “diligent worker” a light sentence. Jinger and her husband called Josh a hypocrite while Jill and her husband can only hope that Josh will change his ways.

But what about Anna? She’s said nothing in public ever since her husband received his prison sentence. The couple has been married since 2008 and they share seven kids. How is she raising their children given that she has no work experience?

According to a source, Anna is relying on her family and the Duggars to help her get through these tough times. Josh will be in prison for 12.5 years, so she’ll need to find some help especially when it comes to their finances.

Anna broke her silence when she posted on Instagram Stories on her birthday last June 23. She was celebrating her 34th birthday and noted that she was “road tripping to visit my bestie.”

But she’s also celebrating another milestone. She wrote, “fourteen years since I said YES!” referring to her engagement to Josh. She added that her playlist, while on the road, consists only of the song “Even If,” by MercyMe.

Now, it’s clear that Anna has no plans of leaving her husband. She’s standing by her man no matter what happens. But followers of the Duggars don’t seem to agree with her choices.

One Redditor said that she’s decided to be a martyr. Another one commented, “Instead of taking this glaring red flag as cause to reevaluate her life, her marriage/who her husband is and the safety of her children, she is going to see this season in life as a test of her faith and endure this hardship and make the best of the situation. She is beyond help or reasoning.”