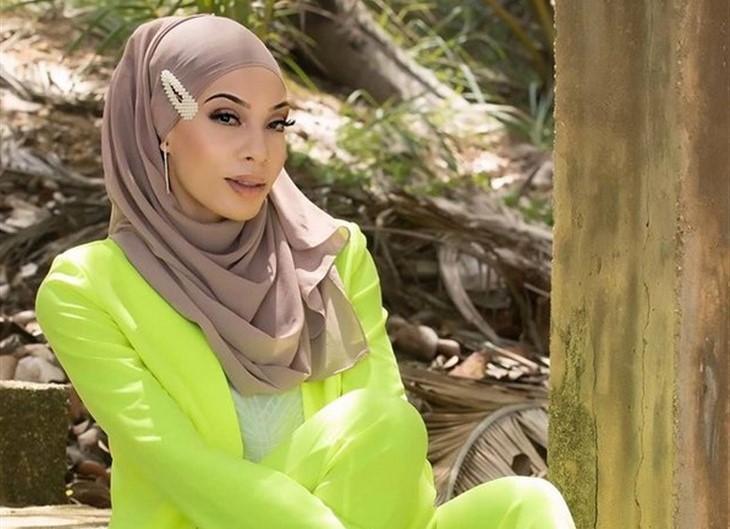 90 Day Fiancé spoilers, news, and updates tease that Shaeeda left fans unimpressed when she did a yoga pose with a mystery man.

Shaeeda Sween stepped foot on the TLC show when she sent Bilal Hazziez an online friend request after coming across his page through mutual friends. Their love story flourished when they got engaged one week after Bilal made his way to Trinidad and Tobago to meet the love of his life. When Shaeeda flew to the United States, it seemed like the two has a rough start when Bilal hasn’t been completely honest with Shaeeda.

The Kansas City native didn’t immediately show Shaeeda all his expensive properties because of trust issues, so Bilal pulled a prank on his fiancée. He brought her to his old childhood home and said that they will live there. The yoga instructor was not amused and started to question Bilal about their relationship, especially when he finally revealed his current home.

Recently, a photo of Shaeeda doing a yoga pose went viral when fans found it awkward due to a man who helped her spread her legs. A “90 Day” fan brought the photo to Reddit and the avid viewers expressed their thoughts in the comment section.

One viewer said, “It looks like she found another guy to sweep her off her feet.” A Reddit user wrote, “There is no way Bilal, a conservative Muslim and controlling as he is – is okay with this photo! I can’t believe that.” Another one chimed in, “Gee… that hypermobility disorder is spreading like wildfire.”

In other news, Shaeeda and Bilal’s ex-wife, Shahidah, previously got an intense disagreement over a prenup. Without a doubt, the ex-wife told Shaeeda to sign the prenup as she was concerned for her children and the assets they may possess in the future. She also wanted to make sure that Shaeeda was not just after Bilal’s wealth.

The offended Shaeeda made it clear that she’s a successful citizen and a well-known yoga instructor in her place, and she will never be after her fiancé’s possessions. “I realized that this prenup is business, but sweetheart, you’re lecturing the wrong person. I’m not some little girl on the roadside that Bilal picked up by taking on social media. I mean, I am an accomplished woman in Trinidad,” she told the cameras.