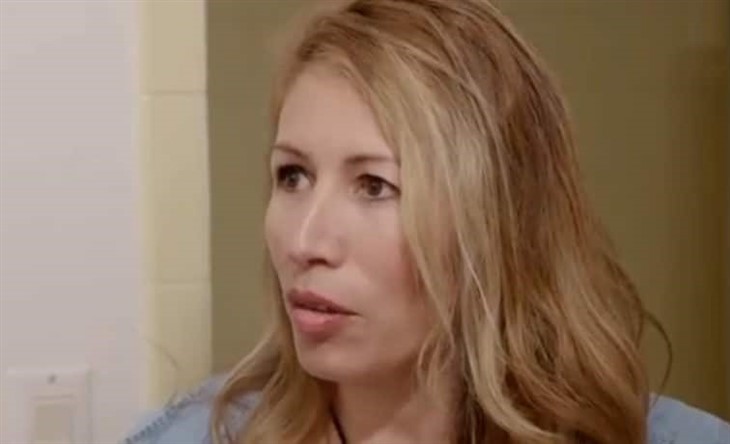 90 Day Fiance spoilers reveal that the domestic violence charges against Yve Arellano have been dropped. Now it looks like Mohamed Abdelhamed may be getting sent back to Egypt after all!

The situation between Mohamed and Yve just seems to get worse every day! First Yve discovered that he had been texting another woman with very inappropriate messages. He had talked to this woman about how he would get his green card and then leave Yve. He claimed that he told the woman he was married and that she just needed to leave him alone. Shortly after the couple went onto 90 Day Fiance Tell-All, news broke that Mohamed was making claims that she was violent towards him.

Mohamed recorded the fight that they had where he claims that she hit him, but in the recording, there is never any sound of violence, only her screaming at him because he’s not helping her with chores and just wants to go out with his friends. After all of this, Yve is claiming that Mohamed just used her to get a green card and she is filing immigration fraud charges against him.

There were so many red flags in their relationship and one of the biggest ones was when Mohamed told Yve he would find another sponsor. He looks like he already had one lined up and this was all a part of his way to scam Yve. Domestic violence was another way to scam her so that he could get a U-visa because he was abused mentally or physically. No matter what he tried to do, it isn’t working because the charges against her have been dismissed. Her lawyer, Kathleen Martinez has made the announcement that there are no more charges against her because the police did not formally arrest her and they did not read her Miranda rights to her.

Now it looks as if Mohamed could get deported over this immigration fraud. Yve’s lawyers are working very hard at getting a case against him going in hopes of seeing him flown back to Egypt.

GH Spoilers: Everyone Is Fair Game, Who Will Victor Target Next?