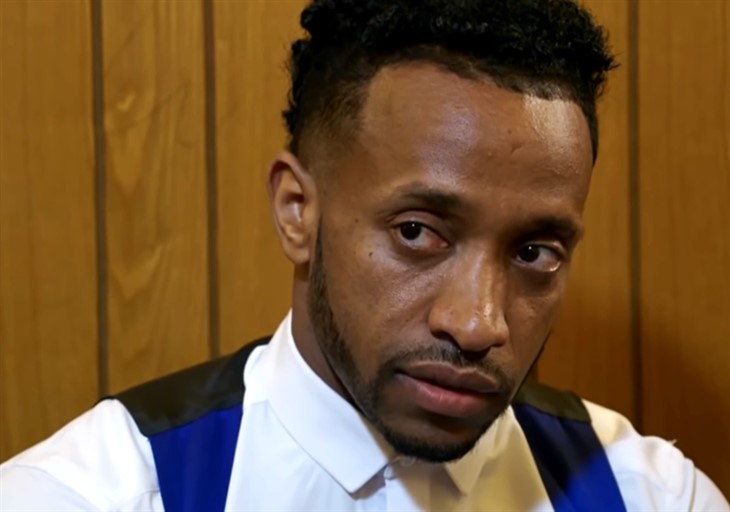 90 Day Fiance spoilers reveal that Biniyam Shibre has spoken and from what he said, it seems like he is only with Ariela Weinberg for a green card. Fans were shocked, as well as Ari and her family, to hear that no matter what happens with the couple, Bini’s sisters said that she should still sign for his green card.

Bini has told Ari that he has the dream of being an MMA fighter and this is something that Ari isn’t taking too seriously right now. The couple both need to find jobs to help pay their bills, but he won’t be able to work for a few months since he is not an American citizen yet. He told Ari’s family about his dream and her sister pointed out that it sounded like he only came to America to try to be a fighter and not to be with her sister.

The 90 Day Fiance cast member told her sister, “I came for Ari, but my family, they tell me, even Ari, if she don’t want you, she can sign for your green card.” This statement really shocked everyone at the table, especially Ari. She then told the cameras, “Sometimes I worry that I love Biniyam more than he loves me or that he doesn’t love me in the same way that I do. And I wonder if we’ll ever work out our trust and communication issues.”

When Bini made the bold statement about the green card, Ari pointed out that she was the real prize in all of this. She continued to smile and fake it, but deep down, we all knew how she was feeling. The couple really does have a lot of communication issues, but the trust isn’t there either. If you watched last season, you will remember when Ari went to the states with Avi to have his surgery and Bini would just disappear and not answer her calls. This is what began the trust issues and now we will have to wait and see if they can work through them.