When Is Days Of Our Lives Coming Back? 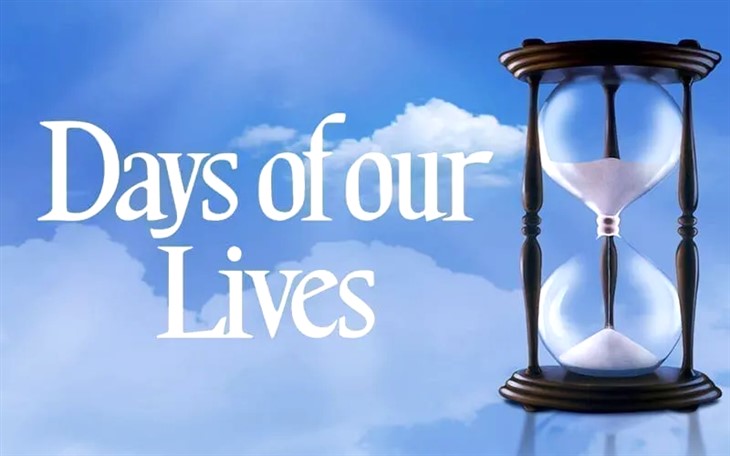 Days of Our Lives spoilers tease that many Days of Our Lives viewers want to know when their favorite soap is coming back, and when they will find out the answers to unanswered questions posed in the last few episodes! Fortunately, Days fans will not have to wait for very long!

Days Of Our Lives Was Pre-Empted For Two Weeks

Many Days of Our Lives viewers were much more interested in the games played by their Days of Our Lives faves than two weeks straight of the Tokyo Olympics, which didn’t even have a live audience to cheer on the Olympians. It may have provided some drama for sports fans who gossiped among each other as to why Simone Biles really withdrew from the games.

Unfortunately, Biles had some drama of her own going on behind the scenes in her personal life, but many Days of Our Lives viewers wanted to see Salem drama, not Tokyo drama! There were some who would have preferred the Olympics were on another network, say ESPN, than NBC! However, that was not the choice of the NBC executives so here we are. However, when the world dealt with the coronavirus pandemic the 2020 Tokyo Olympics were rescheduled for 2021 – but no one missed an episode of Days of Our Lives, which was filmed so many months ahead fans didn’t have to put up with even one rerun, as viewers of the other three soaps did!

Days of Our Lives viewers were left with several cliffhanger questions which they will begin seeing the answers for when Days of Our Lives returns on August 9 – this coming Monday! True, fans didn’t even get a Friday episode and the last episode that aired was on Thursday, July 22. One of the burning questions in fans’ minds as that week ended concerned that letter from Kristen DiMera (Stacy Haiduk) that Sami DiMera (Alison Sweeney) tried to burn in the fireplace of the DiMera mansion. Days of Our Lives viewers will recall that Sami had been having an affair with Lucas Horton (Bryan Datillo) and she didn’t want EJ DiMera (Dan Feurreriegel) to find out!

Question: What Will EJ DiMera Do To Sami DiMera? Answer: Monday, August 9

Days of Our Lives viewers will recall that after some speculation as to how that letter got into Lucas’ hands, it was revealed he was hanging around the mansion and pulled it back out of the fire! From then, it got into Philip Kiriakis’ (Jay Kenneth Johnson) hands after he pulled it out of the trashcan at the Brady Pub and gave it to Nicole Brady (Arianne Zucker) to get sweet revenge on Sami for busting up her marriage to Eric Brady (Greg Vaughan) by revealing Nicole’s affair with Xander Kiriakis (Paul Telfer) in a very public way!

Days of Our Lives fans were left with a calm, cool and collected EJ talking to Sami after Nicole gave him the letter – calm as in the calm before the storm, no doubt! He’ll confront Sami with Kristen’s letter on Monday, August 9 and the storyline will continue to play out during the week.

Days of Our Lives viewers will also recall there was a cliffhanger question as to if Paulina Price (Jackeé Harry) can ever make things right after figuratively setting a dumpster fire to her budding relationship with Abe Carver (James Reynolds) and pretty much alienating her whole Salem family! Days of Our Lives viewers will recall that she smooth-talked Abe into signing a bunch of zoning changes so she could tear down Horton Town Square to build what most considered a monument to herself, “Price Town”!

She’d even given false hope to her own daughter, Chanel Dupre (Raven Bowens) and her close friend Allie Horton (Lindsay Arnold) that they would have their own bakery, “Sweet Bits” in the location of the former Gabi Chic boutique. During the week of August 9 she will continue trying to make amends, but Lani Grant (Sal Stowers) especially will have a hard time forgiving her.

Days Of Our Lives Spoilers – Question: What Will Theo Carver Do When He Sees His “Bride”? Answers During The Week Of August 9!

Days of Our Lives viewers will recall there were also some big cliffhanger questions about Theo Carver’s (Cameron Johnson) marriage to Ciara Brady (Victoria Konefal) and how Ben Weston (Robert Scott Wilson) will make Ciara remember their love. Longtime Days of Our Lives viewers saw Ben take a page out of Ciara’s late father, Bo Brady’s (Peter Reckell) playbook when he stopped Ciara’s mother, Hope Brady (Kristian Alfonso) from marrying another man by kidnapping her out of her would-be wedding! In the last Days of Our Lives episode on Thursday, July 23 fans saw Theo lift his bride’s veil to reveal Claire Brady (Isabel Durant) in a wedding dress while her parents looked on in shock, as a chauffeur drove Ciara to another location.

Days of Our Lives viewers will recall that Ciara wasn’t a happy camper when she saw Ben in the chauffeur uniform! During the week of August 9, Ben will take Ciara to the cabin where Claire tried to set her on fire later, but also where he rescued her and set her broken leg and nursed her, which is where their love story began, hoping to jog her memories. Will he be successful? Spoilers for Friday, August 13 tease she’ll have some kind of a breakthrough but whether it relates to her memories remain to be seen!