The Young And The Restless (Y&R) Spoilers: Sally Needs A Real Ally – Should Noah Come Back To Stand By Her Side? 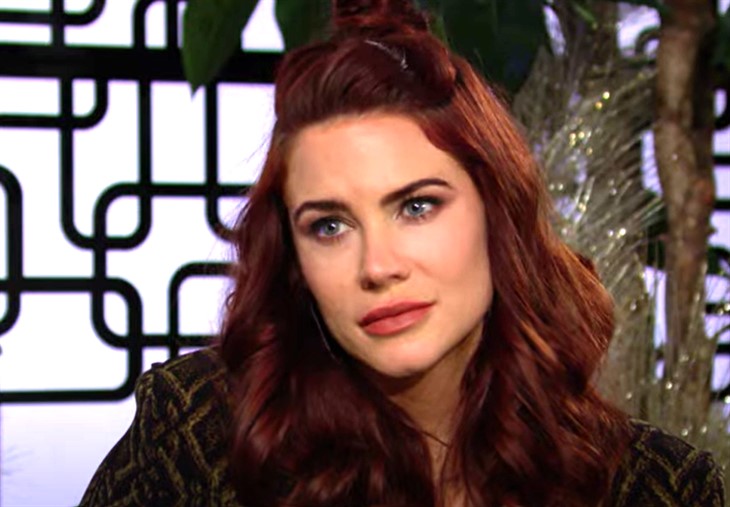 The Young and the Restless (Y&R) spoilers tease that in Genoa City, Wisconsin Sally Spectra (Courtney Hope) seems to have had nothing but trouble ever since arriving in Genoa City. As Y&R viewers know, Sally pretty quickly made a major “frenemy” out of Summer Newman (Hunter King), and Kyle Abbott (Michael Mealor) isn’t a fan, either.

In fact, Summer and Kyle were so down on Sally that they went to Los Angeles to dig up dirt on her, and now they’re holding it over Sally’s head to keep her in line. And if that weren’t bad enough, Phyllis Summers (Michelle Stafford) seems to be jumping on the anti-Sally bandwagon as well, so Sally may have her to contend with down the road, especially as Sally gets closer with Jack Abbott (Peter Bergman).

And then there’s Gloria Abbott (Judith Chapman), who didn’t seem to like Sally from the moment she saw Sally with Jack. Now that it seems that Gloria might be getting a job at Fenmore’s, Sally could have to deal with a scheming Gloria on a daily basis, which could be a lot to deal with. Sally needs a break!

Perhaps TPTB need to bring someone into Sally’s orbit who could be a real ally to her. Sally needs someone in her corner other than the likes of Theo Vanderway (Tyler Johnson), who will be back this week to tip Sally off about some major scandal in Kyle’s life. But Sally deserves more than just having a scheming Theo on her side – and let’s face it, the only side that Theo is really on is his own!

The Young And The Restless (Y&R) Spoilers: Amanda Is Devon’s Future – Cheating With Elena A Mistake

Wouldn’t it be great if Sally had someone who was about her age on canvas that could really get behind her and stand by her side in a strong way? Viewers of B&B know that Sally’s time in Los Angeles was fraught with relationship problems, and she really did get the shaft when it came to relationships. Sally needs a good, solid romance with someone who will help her grow and mature.

We could imagine someone like Noah Newman (Robert Adamson) might fit the bill for Sally. It would probably worry Nick Newman (Joshua Morrow) that his son was getting close with someone with a reputation like Sally’s, but Noah could be Sally’s biggest defender and he might be able to bring out the best in her. Noah’s art background and Sally’s fashion background would probably make them quite compatible!

We’ll see what ends up happening with Sally, but we’d really like to see a strong male counterpart for her – and not someone like Jack, who will of course have his family harping on him for dating someone so much younger than he is. Sally really needs a passionate contemporary, and Noah would certainly fit the bill.

Would you like to see Noah return to Genoa City for a pairing with Sally? Stay tuned to Y&R and we’ll keep you up to speed on all the latest Young and the Restless spoilers, updates, and news.