The Bold And The Beautiful Rumors: John Finnegan’s Real Mother Is Quinn Forrester? 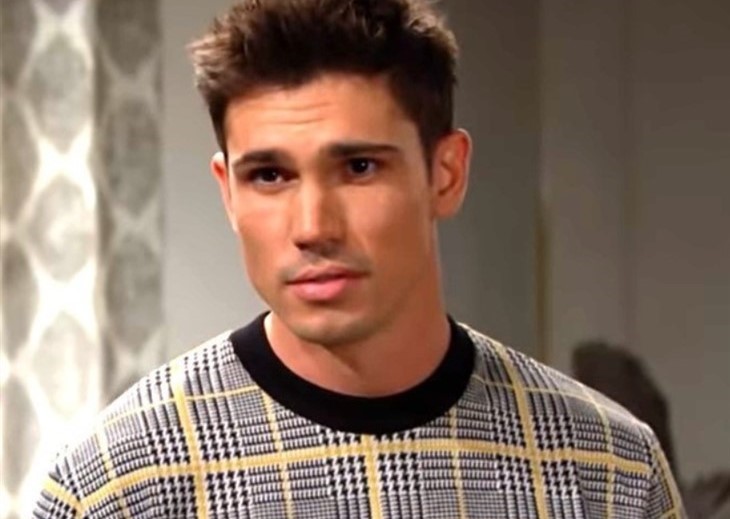 The Bold and The Beautiful (B&B) spoilers and rumors tease that John “Finn” Finnegan’s (Tanner Novlan) could be someone else besides the woman that his father will bring to meet Steffy Forrester (Jacqueline Macinnes Wood) and their new baby Hayes Finnegan (Samantha Worden). The Bold and The Beautiful spoilers tease that Finn likely has a stepmother, and she’s Asian. Could his real mother be someone else, maybe even Quinn Forrester (Rena Sofer)? That would be a twist!

Viewers of The Bold and The Beautiful will recall reading in various outlets that there will be a twist when it comes to Finn’s family of origin. There were some rumors that Sheila Carter (Kimberlin Brown) would be his birth mother, but that has been debunked. Jack Finnegan (Ted King) will arrive soon with his wife Li Finnegan (Naomi Matsuda) arriving a little later. Finn doesn’t look like he has any Asian roots, so there must be some other explanation. Either Li is his stepmother or perhaps he’s adopted! Finn’s age hasn’t really been revealed, but he must be at least in his early thirties to have completed college, medical school, and residency in order for him to be practicing as a doctor at the hospital.

Steffy is thirty-one, so Finn is likely close to that or maybe just a little older, perhaps thirty-five or so. Viewers of The Bold and The Beautiful have been wondering about that twist that was foretold about Finn’s family, and now that the couple that apparently raised him are coming to town, that mystery may be solved before long! Viewers will remember that Finn implied that his mother was deceased – or at least as far as he knew. He had a big, beautiful ring that he placed on Steffy’s finger when he proposed marriage to her – that he said was his mother’s. That would imply that she was no longer alive or he wouldn’t have it.

B&B Rumors and Spoilers – What If John Finnegan Is Adopted? What About That Ring?

Viewers of The Bold and The Beautiful wonder how Finn would have this ring from his mother if it turned out that he was adopted. It is possible that his birth mother gave him away as an infant for whatever reason, giving that ring away with him. Maybe he was left with the ring on someone’s doorstep. The ring could be a family heirloom, perhaps having belonged to his maternal grandmother or great grandmother. It doesn’t necessarily look antique, but could have been made in the 1950s or 1960s. The shape of the stone was popular in those years.

Some fans of The Bold and The Beautiful have speculated that Quinn Forrester could have been his mother, undoubtedly drawing the conclusion thinking Quinn and Finn, or even Wyatt Spencer (Darin Brooks) and Finn bear a resemblance. Quinn is 52 and Wyatt is 32. Quinn’s life before meeting Bill Spencer (Don Diamont) and hooking up with him, resulting in Wyatt has never really been discussed on the show, only that she and Shauna Fulton (Denise Richards) knew each other in Las Vegas and that Wyatt and Flo Logan (Katrina Bowden) were playmates.

If Finn is in his mid-thirties, as we suspect, Quinn could have given birth to him as a teenager and perhaps was not able to care for him. She’s never mentioned anything about her parents so perhaps she was on her own at a very young age. The secrets and the aforementioned twist regarding Finn’s family should come out in the open very soon, viewers will have to stay tuned in and see!