The Bold And The Beautiful (B&B) Spoilers: Paris Is Innocent – Zoe’s Absurd Frenzy Of Rage 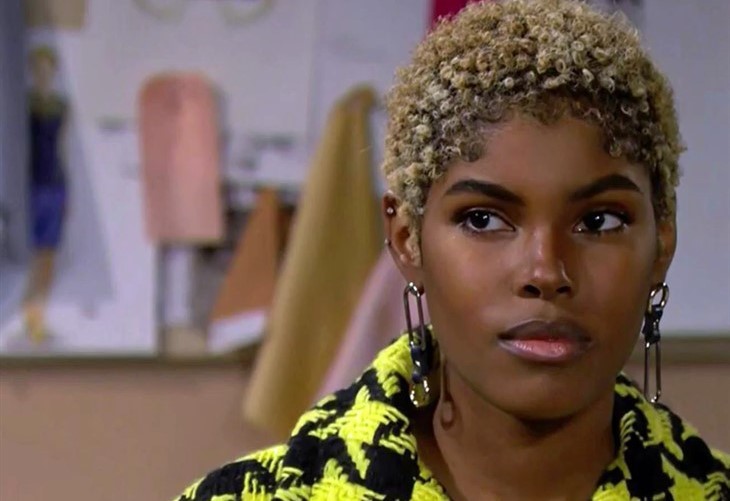 The Bold and the Beautiful spoilers (B&B) tease that in Los Angeles Paris Buckingham (Diamond White) did absolutely nothing wrong. But her irresponsible sister, Zoe Buckingham (Kiara Barnes), totally disagrees.

After being rightly dumped by Carter Walton (Lawrence Saint-Victor), Zoe went to Ridge Forrester (Thorsten Kaye). Her latest effort to beg for his help failed.

So she turned her misplaced gaze on Paris, who is a good soul. The scene contrasted sharply with the experience White’s character had earlier that day with Zende Forrester Dominguez (Deon de Metz), who can be glad he resisted Zoe’s persistence for months.

The Bold And The Beautiful Spoilers – Playing The Heavy Blame Game

Zoe is really something. She is again demanding, not just asking or strongly encouraging, Paris to leave Forrester Creations and Los Angeles, California.

Having zero reasonable reasons to make such an outrageous and repeated request, Zoe has convinced herself that Paris is the source of her grief. B&B fans and all connected characters recognize that Zoe is the continuing cause of her own problems.

Paris has a very different personality type than her sister. Zoe feels insecure and is now very defensive. She realizes that her reputation is shaky at work and her plans to be with either Mr. One, Zende, or Mr. Two, Carter, are crushed.

Carter gave Zoe a chance to speak her peace. But all that she said amounted to a combined excuse and a request to believe that she would be different in the future.

Why would Carter believe that Zoe would commit to him after she threw herself at Zende and actually wanted him to audition to be Carter’s replacement? Along with some solid advice from Ridge, Saint-Victor’s character decided that he’d experienced and heard enough.

Zoe left Carter with only one, legitimate choice to make. His final decision allows him to at least move forward with self-respect. The engagement is over, as Zoe heard.

The Bold And The Beautiful (B https://t.co/COiwfT3gHX #BOLD #BB #BoldAndTheBeautiful

If she pulls herself out of this self-absorbed fantasy world, Zoe will realize that her ring finger is bare because of the terrible mistake she made. Violating Carter’s trust represents a wake-up call.

Whether Zoe takes responsibility is one question. How long it may take her to do so is another.

Zoe is pushing her sister away. As a result, the two people who cared about Barnes’ alter ego are alienated. As long as Zoe continues this pattern of self-sabotage she won’t be able to make progress in LA.

George Clooney Gets In Trouble With Wife Over His ER Character Dr. Doug Ross