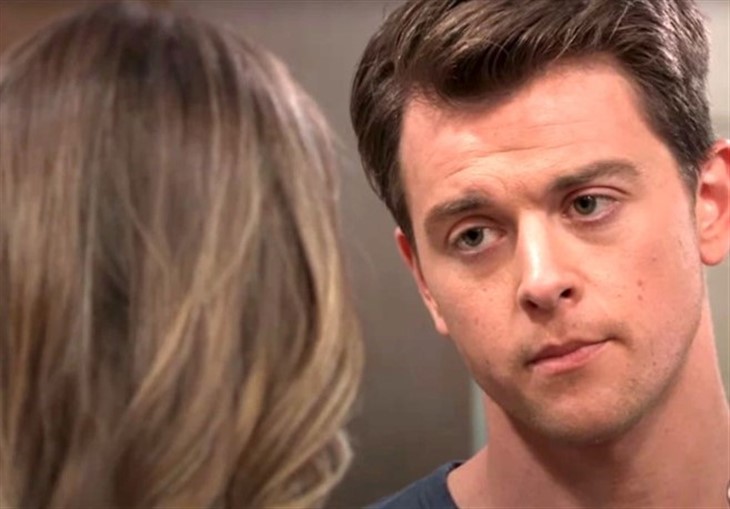 General Hospital viewers will recall that Sonny Corinthos (Maurice Benard) disappeared in a bridge collapse in Secaucus, New Jersey where he had just had a showdown with Julian Jerome (William DeVry) who died. Sasha and Detective Harrison Chase (Josh Swickard) had staged an affair with each other so that Michael and Willow Tait (Katelyn McMullen), now Willow Corinthos would break up with them.

They wanted to make sure that baby Wiley Corinthos (Eric and Theodore Olson) would go to Michael in a custody case, and Attorney Diane Miller (Carolyn Hennesy) was afraid Sasha’s past fraud in pretending to be Nina Reeves’ (Cynthia Watros) long lost daughter would hurt the case. It is plain Sasha still loves Michael and Chase still loves Willow. Michael and Willow are working through their relationship to each other which has now been consummated. Michael still cares about Sasha but has not admitted to still having romantic feelings for Sasha.

Michael reached out to Sasha in General Hospital when she was brought in after having a heart attack caused by ramped up cocaine that Cyrus Renault (Jeff Kober) had given her. Sasha didn’t get Michael back as a boyfriend, but certainly as a friend! Now, she hears that Sonny is missing and presumed dead and she knows she has to reach out to Michael! Sonny may in fact be declared dead in coming General Hospital episodes.

Sasha will now reach out to Michael in his time of need like he reached out to her when she could have very well died. She was told he stayed the whole night, so he probably has more feelings for her than what he admits to. She knows how close Michael is to Sonny and she wants to support him like he supported her. Michael, along with his mother, has to face a fact that they have been dreading; Sonny’s more than likely not coming home. Jason Morgan (Steve Burton) is now acting in Sonny’s place in all his businesses including “the import business” as Cyrus called it. Longtime General Hospital viewers will recall that Michael lost his birth father, AJ Quartermaine (Sean Kanan) several years ago as a result of Ava Jerome Cassadine (Maura West) tricking Sonny into shooting him.

Michael distanced himself from Sonny and took on Quartermaine as a last name, although much later he finally made up with him. He’s not been too happy with his mother, Carly Corinthos (Laura Wright) lately either – he was very angry at her when he found out that she had known Sasha and Chase had faked their affair all along and didn’t tell him!

However, there is obviously a truce since he was at the Corinthos compound Christmas Eve night. Michael will likely be devastated with grief, possibly thinking of all the times he and Sonny were on the outs and wishing he could go back and do things differently. Sasha will comfort him, and attempt to convince him that he did all he could and tell him to not beat himself up. Will Michael and Sasha eventually reconcile? Will Chase and Willow? Time will tell, stay tuned!

The Young and The Restless Spoilers: Who Is The Perfect Woman For Jack Abbott? Vote Now!