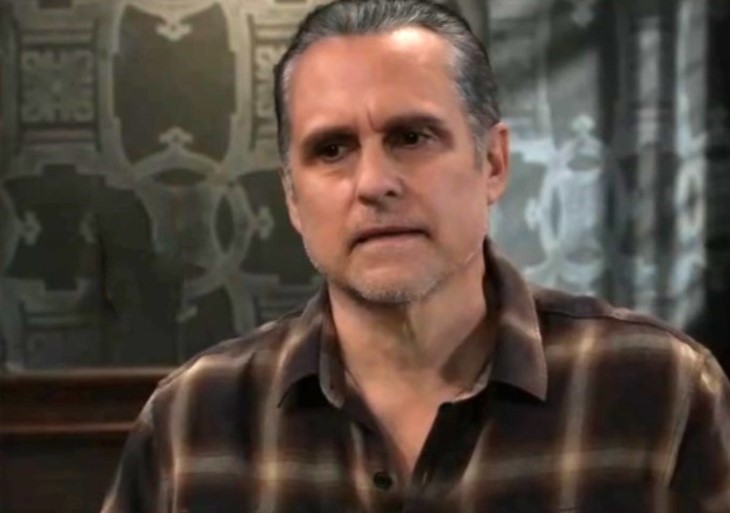 General Hospital (GH) spoilers suggest that Sonny Corinthos (Maurice Benard) will soon return home to Port Charles. However, Sonny still believes that his name is Mike and he will likely be searching for Nina Reeves (Cynthia Watros). However, familiar surroundings could bring back Sonny’s memories and turn him against those he loves the most.

General Hospital’s Sonny and Jason Morgan (Steve Burton) have been friends for years. Sonny has been Jason’s mentor since he left the Quartermaine’s after his car accident. Sonny has taught Jason the business and stood by him through thick and thin. However, Sonny is no likely to be happy that Jason has married his wife Carly Corinthos (Laura Wright).

According to General Hospital spoilers, Sonny is likely to be very upset that Jason and Carly not only gave up searching for him so soon but also jumped into marriage. Will Sonny understand why Jason and Carly got married or will he cut ties with them both?

General Hospital spoilers indicate Sonny loves Carly. Unfortunately, Mike has no idea who Carly is. Mike has fallen in love with Nina and wants to be with her. Will the return of Sonny’s memories change this? Has Sonny changed so much that he and Carly cannot be together any longer? Will Sonny feel that Carly didn’t love him enough to look for him and break things off for good? Will Sonny see Carly and Jason’s marriage as the ultimate betrayal of their relationship? Has Sonny outgrown the mob?

General Hospital’s Sonny could want a fresh start after the truth comes out. After all, Sonny hasn’t missed the mob since he has been in Nixon Falls. Sonny has found other things that interest him including running the Tan-O and helping Lenny Caulfield (Rif Hutton).

Could Sonny decide that he wants a new career and even open a bar or a restaurant? Will sonny have time to consider this before someone makes a target out of him? After all, the Novak’s are going after the organization from all fronts and Sonny could be deemed a threat. Will Sonny get the chance to remember his life before someone tries to take him out?

Since losing his memory, Sonny has no idea how many enemies he has. Carly and Jason cannot help protect him if they don’t know that he’s alive. Will Sonny’s displeasure with Carly and Jason put him in danger? Will Sonny walk away after the truth comes out?

90 Day Fiance: Julia Trubkina Back In Russia – Is She With Brandon Gibbs?

The Bold And The Beautiful Spoilers: New Promo Teases Wyatt’s Set-Up, Does Justin Take The Bait?