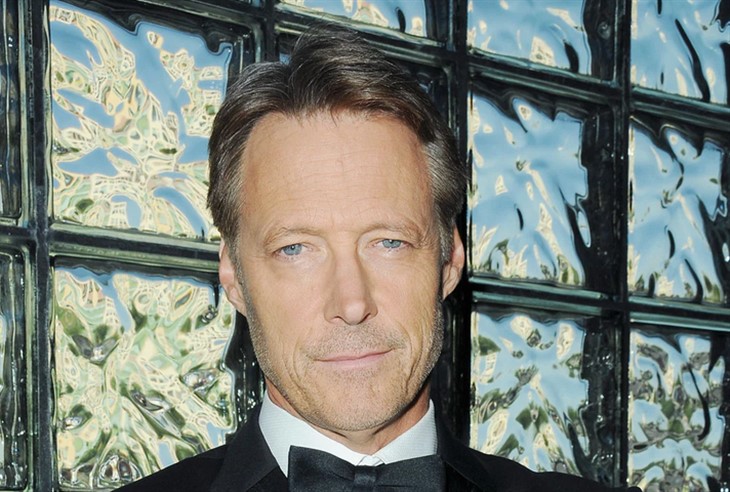 Days of Our Lives (DOOL) spoilers suggest that Jack Deveraux (Matthew Ashford) may be seen less in the coming months now that he’s been dropped to reoccurring status. Could Jack take off to visit Jennifer or go off on another wild story search?

Days Of Our Lives Spoilers – Jack Deveraux Really Has No Story

Days of Our Lives Gwen Rizczech (Emily O’Brien) is about to confess all to Jack. Jack will be furious with his newfound daughter and could leave town to visit Jennifer Horton (Melissa Reeves) for a while. However, with Jennifer gone, Jack has no story, especially if Gwen leaves like she has been threatening to do. Gwen can blame her sister for killing her already dead baby but reveals her secret to save Xander Kiriakis (Paul Telfer). Gwen is certainly messed up after her unfortunate childhood but she needs to get her priorities straight. Unfortunately, Jack needs a while to deal with everything Gwen is about to drop in his lap. Can Jack deal with his daughter’s truth?

DOOL Spoilers – Jack Deveraux Will Be Reunited With Abby Newman

Days of Our Lives Jack will soon be reunited with his daughter Abby Dimera (Marci Miller). Abby is about to return to Salem and Chad Dimera (Billy Flynn) will turn to Jack for help. Chad wants his wife back and believes Jack can help. However, Chad hurt Abby badly and he has a lot to make up for. Can Jack help his daughter and son-in-law get back together? Can Jack help to unite his daughters eventually? Could Jack simply be done with Gwen after all her lies?

Days of Our Lives Jack will be around for the Christmas episode with Jennifer. However, his status afterward is up in the air. Jack’s future could highly depend on whether or not Jennifer is sticking around town. After all, why would Jack remain living with Jennifer’s family while she is in a different town? Jack has tried to help Xander but he is more intertwined in Gwen’s life than Jack’s. Julie Williams (Susan Seaforth Hayes) is not happy with Jack’s friendship with Xander or with Gwen. Could Jack butt heads with Julie and decide he needs a break? Could Jack and Jennifer leave town to reconnect as a couple?

A lot of actors are on the reoccurring status and Jack will surely be seen when he is needed. However, fans will have to wait until after the holidays to see what is going on in Jack’s life. In the meantime, Jack has Gwen and Xander to deal with. Jack gets pulled into helping Julie with Doug Williams (Bill Hayes). Before long the Christmas show will be on and afterward, fans will see what the future holds for Jack.

Y&R Spoilers: Mariah Is Determined To Take Back Her Life