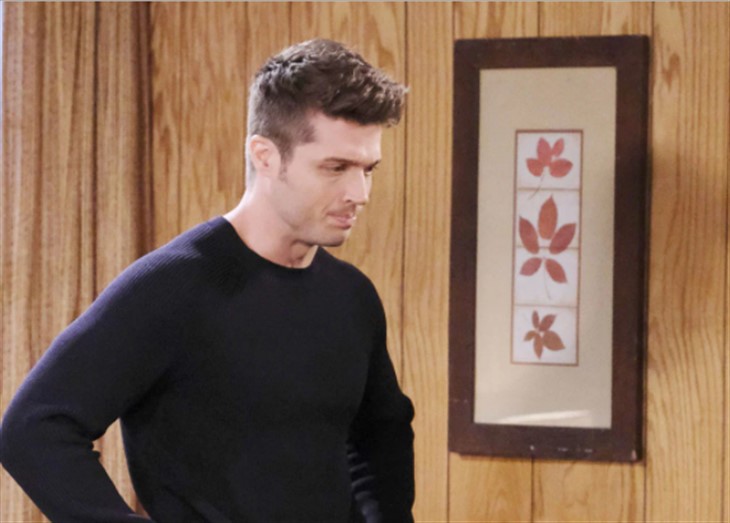 Days of Our Lives (DOOL) spoilers and comings & goings reveal that Evan Frears aka Christian Maddox (Brock Kelly) returns. He is likely connected to Orpheus (George DelHoyo) escaping and becoming tied to the hostage story. However, Evan previously claimed that he wanted to change. So, could his escape be to stop his father from getting revenge on Ciara?

DOOL spoilers reveal that the last time we saw Evan, he talked to Marlena Evans (Deidre Hall). He tearfully and emotionally declared that he wanted to change and get better. That he knew he was messed up and didn’t want to hurt anyone else. That he didn’t want to follow in his father’s footsteps. So, if he was serious about that, and we think he was, could he take drastic action to stop Orpheus’ new plan?

As previously reported, Orpheus is confirmed to escape prison and is somehow connected to Ciara Brady Weston’s (Victoria Konefal) hostage situation. We think what’s going to happen is Rhodes (Jason Downs) will find out about Ciara through Vincent Belman (Michael Teh). After all, everyone in Salem seems to end up at the same prison, right?

So, Orpheus finds out that Ciara is alive and being held captive. Rhodes ends up coming to the prison to talk to Vincent about Ciara becoming a real problem. Knowing Orpheus, he is nearly eavesdropping on the conversation. After Vincent gets sent back to his cell, Orpheus confronts Rhodes and offers him even more money than Vincent is shelling out. Sometime after that, Orpheus will manage to escape and put his new plan in action.

Days of Our Lives spoilers reveal that Clyde Weston (James Read) will also escape prison. He didn’t like Ciara at first until he heard about the lengths she went to in order to save Ben. So, he respects her now and knows that Ben loves the girl. So, when he escapes, he will likely provide Ben information on what he learned behind bars about Ciara, Rhodes, and Orpheus.

At some point, Evan also escapes, but we don’t think he does it on his own. Most likely, Orpheus frees his son and thinks they will get rid of Ciara and live happily ever after committing heinous schemes as father and son. However, Evan is trying to change and he could end up foiling the plan. Will he redeem himself by saving Ciara’s life? That’s what we are thinking happens. We will just have to keep watching the NBC soap opera to see what the writers have in store for Ben, Ciara, Orpheus, Rhodes, Clyde, and Evan.

Be sure to catch up on everything happening with DOOL right now. Come back here often for Days of Our Lives next week spoilers, news, and updates.