Days Of Our Lives Comings And Goings: Adrienne Frantz As The New Sarah Horton? 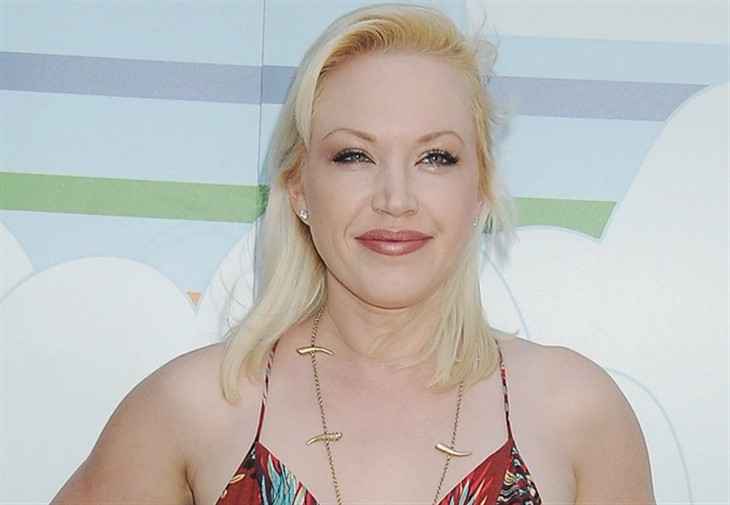 Days of Our Lives comings and goings reveal a new Sarah Horton as soon as this week as Days of Our Lives: Beyond Salem begins and actress Adrienne Frantz teases a big surprise.

Just a few days before Beyond Salem was set to begin, former The Bold and the Beautiful and The Young and the Restless star Adrienne Frantz took to Twitter with this tease: ” Something Beyond cool is happening next week!! Beyond excited @nbcdays Beyond Salem! All next week beginning Monday September 6th for free on @peacockTV! #DOOLBeyondSalem #Days #BeyondSalem.”

She further teased three days later with this tweet next to a photo of herself as a flaming redhead (looking just like she could be Maggie’s daughter): “Something exciting is coming soon!!! Stay tuned!”

If that doesn’t sound like a hint that Frantz will be showing up beyond Salem (and then returning to Salem), we’re not sure what is. With rumors of a recast Sarah arriving any day and Frantz’ new hair shade, it looks like we know who that recast will be.

Frantz got her start on NBC soaps in 1997 as Tiffany Thorne on the short-lived NBC daytime drama Sunset Beach, but later moved onto The Bold and the Beautiful as Amber Moore, a role she played off and on until 2013, often taking her to Genoa City and The Young and the Restless.

The actress can add a new layer to Sarah Horton, who was last played by Linsey Godfrey, who got her start on soaps as Caroline Spencer on The Bold and the Beautiful. She left the soap for personal reasons earlier in 2021 when Sarah was kidnapped.

Fiance Xander thought she left him and went on a months-long bender that took him back to his old ways and landed him in bed with several other characters, including Gwen (Emily O’Brien). Will Sarah’s return put a crimp in that romance. Stay tuned to Days of Our Lives and Days of Our Lives: Beyond Salem this week to find out.

The Bold And The Beautiful Spoilers: Paris Gets New Love Story