The Young And The Restless Spoilers: Who Was The Gunman Who Shot At Adam And Hit Chance? 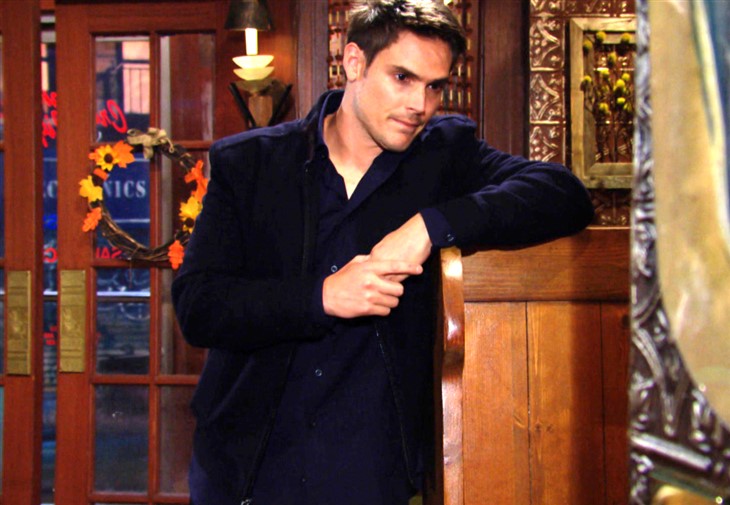 The Young and The Restless spoilers tease that there could be a variety of people who could have been the gunman who had his or her gun trained on Adam Newman (Mark Grossman) and hit Chance Chancellor (Donny Boaz) instead. Adam has a lot of enemies, it could have been one of them or it could have been someone trying to stop him from bombing the Newman Towers!

The Young And The Restless Spoilers – Chance Chancellor Put Himself In The Wrong Place At The Wrong Time!

Chance put himself in the wrong place at the wrong time! If he had not pushed Adam out of the line of fire, he would not have been in the line of fire! Chance had been tailing Adam, but he knew nothing of Adam’s plans. He was trying to find Chelsea Lawson (Melissa Claire Egan) who had gone missing. Chelsea, however, had managed to break the lock on the door of the small room Adam had her locked in.

All the room contained was a small cot type bed, a light, and a small dorm type refrigerator. It had appeared to be a seedy hotel room, but it turned out to be a room in a property under construction that Adam told Chance he owned. Next to that property, there was a tall building – possibly the Newman Towers, but probably not – and Chance had spotted a sniper on top of the building! One would not think Chelsea would have sniper experience, but she did know about Adam’s plans to bomb the Newman Towers, and in particular the CEO’s office.

One can easily imagine Chelsea being desperate enough to disable Adam from setting off a bomb, and she certainly could have been close enough to the property to see when he came out. With Chance there, however, it is doubtful that she would have taken the shot; she would have shouted down to Chance that Adam had set a bomb!

Y&R Spoilers – Who Else Could Have Been In The Sniper’s Spot?

If the tall building the sniper was aiming from IS the Newman Towers, it is also very easy to imagine that Victoria Newman (Amelia Heinle) would possess enough hatred towards her half-brother to want to shoot him, although it is doubtful she’d do it herself. She did mention when she was talking to Victor Newman (Eric Braeden) about planning the family meeting in the CEO office that she had beefed up security.

Remember, only Chelsea knew about the bomb and the plans she saw on Adam’s laptop. Even if she had been able to contact them to warn them, only Victor or possibly Nick Newman (Joshua Morrow) may have believed her! On the other hand, Victoria and Nick, and possibly Nikki Newman (Melody Thomas Scott) would have jumped to a worst-case scenario and believed Chelsea! However, Victoria, Victor, Nikki, and Chance’s brand new fiancée Abby Newman (Melissa Ordway) were all in the CEO room and Nick had left. Could Nick have been the sniper with a gun trained on Adam?

The Young And The Restless Comings and Goings: Meet The Newcomer In Genoa City, Madison Thompson

It all depends on whether the tall building is the Newman Towers or another property, and whether Chelsea was able to contact anyone in time to warn them. Nick likely would have called the police had he heard from Chelsea and evacuated the Newman Towers. Would either Nick, Chelsea, or a Newman security guard have tried to shoot Adam? Not if they saw Chance!

The most likely scenario is that whoever the sniper is, he or she saw Adam but not Chance, as he may have been out of their line of sight! But here would be the soapiest – and the saddest – scenario of all; could ABBY have been the sniper, trying to protect her brand new fiancé but shot him instead? You have to admit, it is sweeping time and that would certainly bring the drama!

Days Of Our Lives Spoilers Next Week: Charlie Interrogated, Shawn And John Demand The Truth!