The Young And The Restless Spoilers: Noah Has A Reason Not To Trust Adam 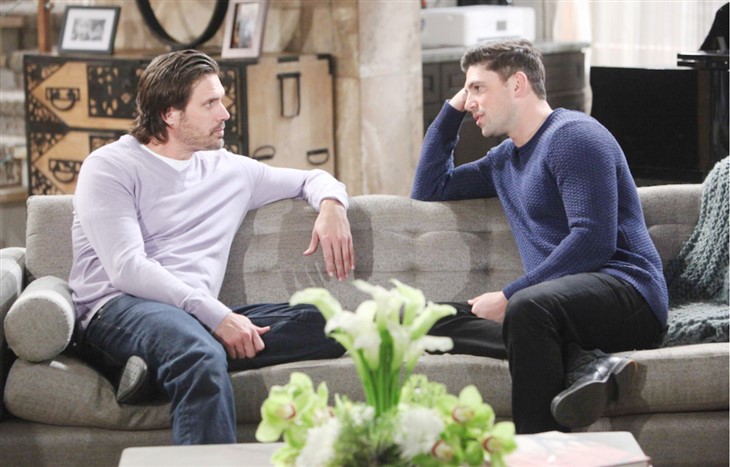 CBS The Young and the Restless spoilers indicate that Adam Newman (Mark Grossman) will have a reason to want to knock the living daylights out of Noah Newman (Robert Adamson) when he sees him. That’s because he’s trying to keep him away from the person he wants to see the most. Here’s why!

The Young and the Restless spoilers say that while on his way to an art exhibition in San Francisco, Noah will stop by in Genoa City to see his family. After all, he wants to see how Sharon Newman (Sharon Case) is going. While he is certainly happy to see everyone in Genoa City, he doesn’t feel that same way when Adam shows up. Clearly, there’s still a lot of resentment between them.

The Young And The Restless Comings and Goings: Veteran Actor Robert Gossett Returns To Y&R

Robert Adamson, who plays Noah on the hit CBS soap, told Soap Opera Digest in a new interview, “He has long thought of Adam as a disaster. On top of everything Sharon is going through right now, Noah believes that Adam is not a healthy person to have in her life.”

The Young and the Restless spoilers say that when Sharon comes home after briefly talking to Adam, Noah tries to get his uncle to keep his distance. Naturally, they began to spar.

Robert adds, “I don’t think Noah has ever made a mistake, while Adam can never escape his own tragedy. It’s easy for Noah to genuinely say, ‘You are not good for her and I can tell you why,’ because Adam can’t come back with, ‘I may have done this but you have done that.’ As long as Noah is in town, he will protect his mother like a bulldog.”

Unfortunately for Noah, though, he doesn’t realize that his mother still has some leftover feelings for Adam. Needless to say, Y&R fans will simply have to tune in to find out what will happen next. The Young and the Restless airs weekdays on the CBS network. Check your local listings for times.

Days Of Our Lives Spoilers: Brady And Kristen Return To Salem Just In Time For More Problems

Days Of Our Lives Comings And Goings: Brady Black And Kristen DiMera Return