The Bold and The Beautiful Spoilers: Finn Goes To Dark Side When He Finds Out About ‘Steam’? 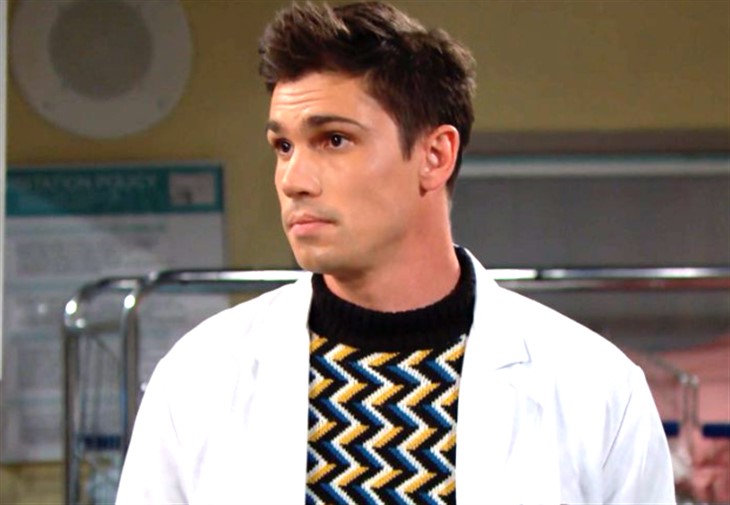 CBS The Bold and the Beautiful spoilers reveal that in Los Angeles Steam and Sinn will soon crash into each other, resulting in an explosive volcano of ugly emotion, blame, and anger. When Dr. Finn (Tanner Novlan) discovers that Steffy Forrester (Jacqueline MacInnes Wood) slept with Liam Spencer (Scott Clifton) right after proclaiming her love for him, we could finally see what TPTB teased was his dark side. It’s taken long enough!

Finn was brought on to the show to: 1. Bring an end to the stale and redundant romantic triangulations and, 2. Reveal a dark secret from his past. Months later viewers are still waiting for these promises to be kept.

Despite the promises that Finn would bring freshness to the screen, Steam 34.0 just happened. How Liam lives with himself is beyond any kind of logic. After seeing his foe kiss a doll, Liam ran over to his ex’s and slept with her out of revenge, trashing his current relationship. That act is in a nutshell what Liam is—a 100% dumpster fire of illogical impulsivity and self-sabotage. Oh, and he’s probably going to be a dad again, like the world needs more of his scary DNA.

The Bold And The Beautiful spoilers – What Happens When John Finn Finnegan Finds Out What His Soul Mate Did?

It is a matter of time before Steffy and Liam’s partners, Finn and Hope Logan (Annika Noelle), find out what went down as a result of Liam’s fevered delusions and even more fevered actions. There will be heck to pay when that happens. Will we finally see what demons lurk and live inside of Finn?

B&B Spoilers – What Happens Next In LA?

We are still waiting to see what tragic truth lives in Finn but if finding out that his “love” slept with her ex at the merest invitation doesn’t unleash his green meanie nothing will. Stay tuned B&B fans, we could be about to witness what TPTB teased as Finn’s dark past. Will he turn stalker against Steffy? Will he cut her brake lines? Or is there something even spookier, more sinister about to come out of the handsome, talented doc’s psyche? Maybe he is a closet addict like Steffy was?

Tell us what you think B&B fans, is Finn about to set loose a destructive emotional tsunami?

The Young And The Restless Spoilers: Billy Senses A Traitor – Signs Point To Alyssa’s Guilt