The Bold and the Beautiful News: B&B Star Obba Babatundé Talks About Working With Shemar Moore 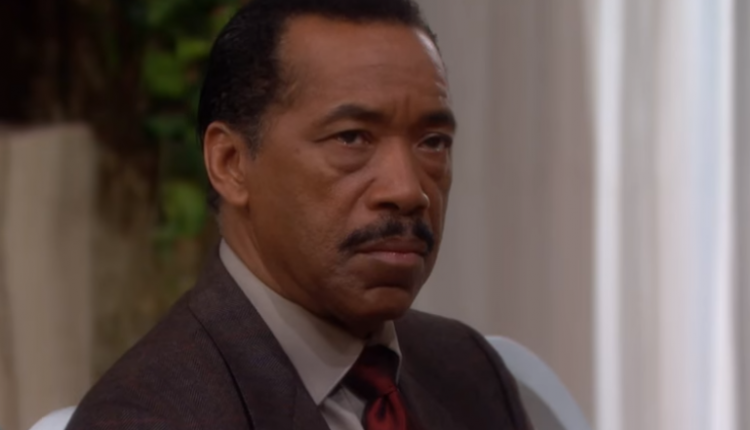 Also known as Julius Avant on “The Bold and the Beautiful,” actor Obba Babatundé shared what it’s like to work with Shemar Moore on “S.W.A.T.” In an interview at the gifting lounge of the RSVP Secret Room Events in honor of the Golden Globes, Babatundé revealed that he and Moore treat each other like family.

In the TV show, Moore takes on the role of Sergeant Daniel “Hondo” Harrelson. His face may be familiar to many since he’s played Malcolm Winters in “The Young and the Restless” from 1994 to 2005. Meanwhile, Babatundé portrays Hondo’s dad, Daniel.

The Bold and the Beautiful News: Just Like A Real Father-Son Relationship

“It’s interesting because we’ve almost become like father and son [off-screen]. He calls me ‘Pops,’” the actor said.

“I enjoy being on the show and particularly working with Shemar. We have a connection that shows through in our work. I look forward to our ‘dancing’ together,” he continued.

Babatundé also said that the introduction of his character on the show helped show viewers what it’s like to have an estranged parent or child. As they get reintroduced to one another, the father and son have to re-establish their connection and adjust to the many different changes.

There are instances when Hondo acts more like a father but there are also times when Daniel is the father that Hondo needs. Both actors work well with each other and it’s pretty obvious on their chemistry on screen.

“There’s a magical evolution that’s going on in our relationship. The fans seem to love it. And I’m having the time of my life on S.W.A.T.!” Babatundé explained.

The Bold and the Beautiful Spoilers: Hope’s Critical Choice Could Cost Her Everything She Holds Dear https://t.co/h1cmzAAeme pic.twitter.com/Bq7pd2OLUr

Babatundé got the acting break he needed when he became part of “Guys and Dolls” back in 1976. Since then, he’s participated in various stage productions including “Timbuktu” in 1978 and “Dreamgirls.”

His film credits include “The Celestine Prophecy,” “Material Girls,” “After the Sunset,” “The Manchurian Candidate,” “The Notebook,” “The Last Fall,” “If I Tell You I Have To Kill You,” “The Fallen Faithful,” “Trapped,” “Tension,” and “Kinky.”

His acting credits on primetime include “Madam Secretary,” “I’m Dying Up Here,” “Dear White People.” He also landed a recurring role in “Hand of God,” “Boston Legal,” “Grey’s Anatomy,” “Cold Case,” “Dawson’s Creek,” and “Friends.” He started to appear on “S.W.A.T.” as Daniel Harrelson Sr. in 2017.

The Young and the Restless Spoilers: Chelsea Proceeds With Caution – Will Adam Get It Right This Time?