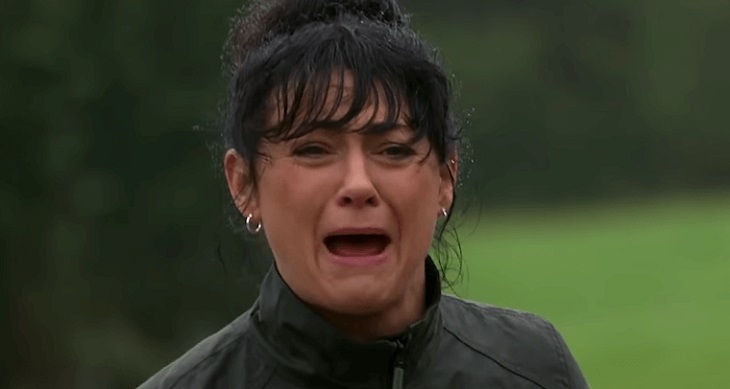 Emmerdale spoilers tease that there will be a tragedy that will strike in the Village. This will mainly affect Moira Dingle (Natalie J Robb) when she discovers the death of one her livestock. It is no normal death cause by natural causes but instead a murder has occurred. Cain will also be affected by same threat as Moria but with his garage instead.

Next week, there will be some trouble involving Malone (Mark Womack) who will be causing some trouble in the village. First Malone will bring drugs into into Emmerdale and will force Will Taylor (Dean Andrews) into selling these drugs to people in Emmerdale. Word about this will soon reach Cain Dingle (Jeff Hordley) who will not be happy to learn about this news. This will happen when Cain stumbles upon a package that was hidden inside of Malone’s car. After finding it Will will confess to what Malone is making him do.

This will cause Cain to go and confront Malone about what he has learned. He will approach him later but is tricked by Malone. He realizes this when finds his garage destroyed and knows that Malone was behind it. In response to this, he will contact the law enforcement about it but will instead get Malone who will show up and ask questions about what happened. He will try to keep his cool through the whole thing but will realize that this will not be his last interaction with the drug dealer.

On another hand, Malone has not just affected Cain but has went after Moira as well. She discovers that one of her bulls have been murdered. This shakes her up as she would not know what would lead a person to just take the life of her animal. She will mourn the death of her bull in response. This is likely connected to Malone and the situation that happened with Cain as it happened only moments after his garage was trashed.

What do you think? What does Malone want and why is he in Emmerdale? What will Cain do in response to the threat that Malone poses to him? Be sure to catch up on everything happening with the soap right now. Come back here often for Emmerdale spoilers, news, updates and rumors!

Emmerdale Spoilers: Amy Walsh Teases Tracy and Nate’s Romance – Do They Have A Future?