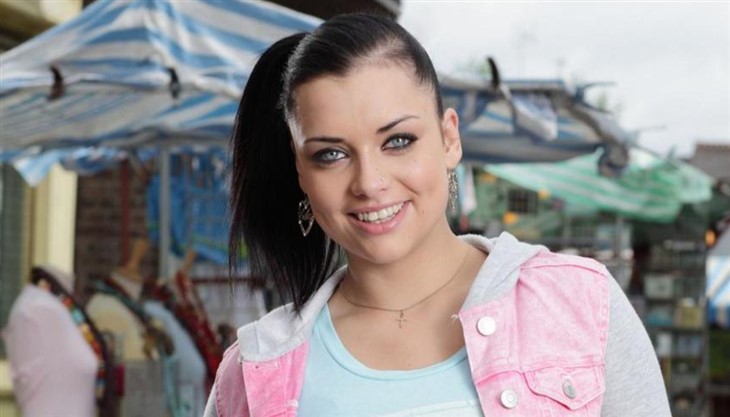 BBC EastEnders spoilers hint that Shona McGarty wants her character to experience some comfort and happiness in upcoming episodes and storylines. As viewers know, Whitney has had a hard time in her most previous storyline. This storyline involved Whitney having to spend time in prison which led to her having a breakdown and not eating.

She also found herself in the middle of Gray and Chantelle’s relationship. EastEnders will soon be ending its behind the scenes spinoff of Secrets From the Square series. This has included many of the fan favorites, this included Shona McGarty. During her time on the show, Whitney Dean’s most iconic moments.

Eastenders Spoilers: Shirley Tormented When Dark Past Returns To Haunt Her?

Her character has been involved in many storylines over the time that the soap has been on. Many of the storylines that she has been involved in, including getting into relationships with men that may not be the best fit for her. During the lockdown, she thought about what she wants for Whitney’s future. “I’d like (Whitney) to be comfortable and happy – I know that’s a big ask. Maybe get some help with her issues. Maybe find someone nice who is a bit of a cheeky chappy, a bit of a laugh. And I really want her to have kids, I always wanted her to have babies.”

How EastEnders Has Changed

It would be interesting to see Whitney with a kid and seeing how this affects her future actions. Shona showed her enjoyment of the way the soap has changed due to the covid19 restrictions. “Each scene takes a lot longer now because there’s only so much we can do, but I like the slow process. It gives you a chance to really get into character and you get more than one take to do it. I’m really enjoying the slower pace! The one I did recently about the hunger strike in prison.

For me, as an actress, it was such a challenge but it was a challenge that I really enjoyed and I would do it again in a heartbeat.” What do you think? Should Whitney’s future storyline involve her having kids? What do you about the change in filming?

The Bold And The Beautiful Spoilers: Quinn And Shauna Are ‘Biggest Threat To ‘Bridge,’ EP Teases