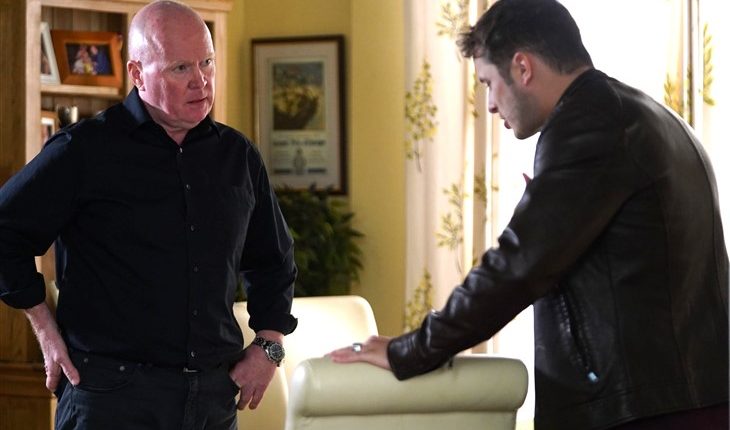 BBC EastEnders spoilers and updates ask if it is possible for Phil Mitchell’s (Steve McFadden) life to get any worse? His wife Sharon Mitchell (Letitia Dean) had an affair with toyboy Keanu Taylor (Danny Walters) and as a result, a child was born. Further complicating his turbulent life, his son Ben Mitchell (Max Bowden) is dealing with a hearing loss which has adversely affected his life.

In an epic story arc, the BBC sudser brought all the drama to the forefront to pay homage to its 35th anniversary. Tons of action, pathos, and tragedy occurred as part of the boat disaster story.

During that timeline, Sharon’s son Dennis Rickman (Bleu Landau) died and that was when Ben lost his hearing. Since that time his hearing has further deteriorated, and it was made much worse when Phil’s crony Danny Hardcastle (Paul Usher) shot a gun off next to Ben’s ear in revenge for the boy’s actions.

EastEnders Updates — Will Ben Mitchell Lose Much More Than His Ability To Hear In The Near Future?

Ben has been in a bit of denial about his hearing loss and those around him do not have a clue as to his real impairment. It was a good sign that he had an appointment for an operation to restore or improve his hearing. Unfortunately, Ben had a fever which precluded the procedure from going forward.

The operation was rescheduled, but Ben remained ill. This led his partner Callum Highway (Tony Clay) to tell him to take some strong pain medication. Oopsie! This strategy didn’t work and Ben slipped into a state of unconsciousness plus suffered a fall.

Now speculation is being made that the fall will come back to haunt Ben.

In a recent interview with Lorraine Kelly, she asked about Ben’s status. Bowden said, “I think Ben’s head has been all over the place and to now encompass that with a three-month lockdown, he’s certainly going to be in a worse for wear state. I’m hoping for more positives with Ben.”

But fans are wondering why the otherwise healthy young man collapsed. Could it be that his health is at risk and he will get more troubling news when the show returns to the airwaves?

Based on the fact that Bowden is not one of several cast members to start filming this week, rumors are flying that his character has died offscreen.

Will Phil have one more burden to bear when the show returns?

The Bold And The Beautiful Spoilers: Two Love Doubles Filming – Who Is Standing In?